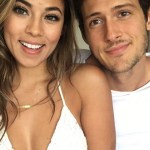 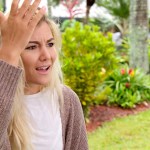 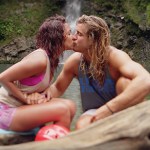 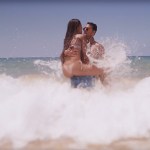 Tori Deal is much more than a reality star! The rapper, who rose to fame on last season of ‘Are You the One?’ has dropped a brand new song exclusively with HollywoodLife.com. Listen to ‘F-ck Boy’ here, and read her full interview about the inspiration behind it all.

“I wrote the first verse about a guy I went on a date with a while ago,” Tori Deal told HollywoodLife.com about “F-ck Boy.” We basically agreed to have a casual date for the evening, and I could just tell that he wasn’t there for the right reasons or cared to try to get to know me.” She went on to explain she was irritated at the fact that while she was working hard on her career, “f-ck boys just over look all that we as women work so hard to achieve just because they wanna get in our pants.”

What rappers do you look at as people you’d want to work with?
I’ve always been a fan of and admired Nicki Minaj and her career so definitely her. Also would love to work with Dej Loaf, Chance The Rapper, J. Cole, and Drake would be huge!

Do you hope to sign to a big label or stay independent?
If the right label comes along, I’d definitely be open to it. Right now, I’m just enjoying making music and really excited to share more of my passion with the world.

Would you ever feature Mike in your videos?
I actually tried to get him to be the star of the “F-ck Boy” music video, but because of the nature of the song he didn’t want to, which I totally understand. Lately he’s been an inspiration to a lot of what I’ve been writing, so I’d love for him to be involved in one of my next project.

Obviously, your rap on Twitter is what revealed your romance with Morgan had ended — would you ever release a song based on that triangle of such?
Probably not. I want to get as far away from that love triangle as possible now.

What’s the interaction with you three now? Do you hang out?
We actually get along great now! It definitely didn’t happen overnight, but we’ve been able to put things behind us and move forward as friends.

Would you return to reality TV?
All I have to say is keep an eye out for me. Wink wink.

You can see more of Tori Deal on her YouTube page!