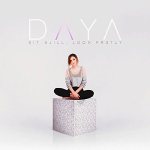 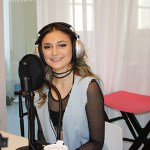 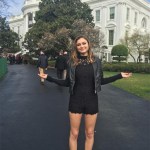 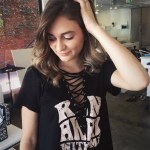 Before she heads on her first headlining tour and drops her stellar album, ‘Sit Still, Look Pretty,’ Daya, 17, stopped into the HollywoodLife.com podcast to break down why she’s singing about real things — like why you shouldn’t just sit still and look pretty.

“It’s a special name to me,” Daya told the HollywoodLife.com audience about her new song and album title, Sit Still Look Pretty. “It really resonates with me, and growing up I had four sisters at home and parents who were really supportive about what we wanted to do in life. We never felt like we should stay within the box that society puts you in, sometimes as a girl. We felt like we shouldn’t try to look pretty to impress guys or to blend in with pretty girls; it’s okay to be messy, and it’s okay to be imperfect and go after what you want to do in life.”

Daya, who’s 17, clearly is interested in spreading a positive women for women everywhere, and not bashing them. That being said, she also chimed in on the election right now, too. Last year she had the opportunity to perform at the White House Easter Egg Roll, and she was so thankful. When we brought up the fact that next year, it could be Donald Trump living there, she refused to believe that.

“No, that’s not going to happen! We’re not going to let that happen,” she said, revealing she stands with Hillary Clinton. “I turn 18 at the end of October.”

Daya’s album Sit Still, Look Pretty is available on Oct 7! She also just announced her first headlining tour, which will kick off on February 18. Tickets to the general public are available on September 30, and you can get all the details here.