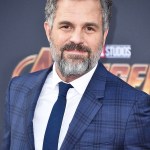 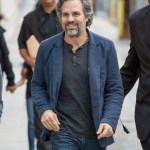 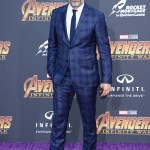 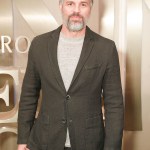 Now that’s how you get people to vote! Joss Whedon gathered some of his biggest celeb friends, including Robert Downey Jr., Scarlett Johansson, and more, to encourage young voters to NOT vote Donald Trump — by promising to get Mark Ruffalo naked. Click inside to WATCH!

Mark Ruffalo, 48, had no idea what he signed up for when he agreed to be in Joss Whedon‘s pro-Hillary Clinton election video. After all of the huge, huge stars encourage their young fans and viewers to get out and register to vote so that they can make the right decision, they reveal that their friend, Mark, will be getting naked in his next movie if Donald Trump loses the election. Um, yes please!

“And if you do vote and help protect this country from fear and ignorance,” a few different celebrities say, leading to Mark looking very, very confused as he says, “Mark will do a nude scene in his next movie?”

“Wait, what? What?” Mark is seen asking, looking baffled by what’s happening. “Mark’s gonna have his d–k out,” Robert Downey Jr. promises in a montage of other celebrities repeating that he’ll be naked. It’s a pretty hilarious turn of events, especially as Mark is left stunned by the promise of his naked body being made. Whoops!

As much as everyone does want to see Mark naked, the message here is that everyone needs to get out and vote come this November. “A racist, abusive coward who could permanently damage the fabric of our society,” Don Cheadle says in a powerful clip, obviously referring to Donald Trump.

“Do we really want to give nuclear weapons to a man whose signature move is firing things?” we’re reminded by Leslie Odom Jr., Julianne Moore, Neil Patrick Harris, and Scarlett Johansson in the video. Needless to say, we know exactly who these celebrities won’t be voting for! Make sure you head over to Save The Day to register to vote in your state so that you can have your voice heard!

Tell us, HollywoodLifers — What do YOU think of this powerful campaign video? Comment below!