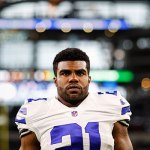 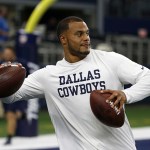 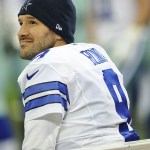 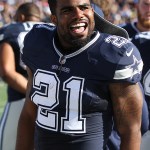 It’s a showdown between two fierce rivals in the NFL, as the Dallas Cowboys go toe-to-toe with the Washington Redskins on Sept. 18. It’s a must-win game for these NFC East teams and HollywoodLife.com wants you to see it. Click to watch.

Both the Washington Redskins and the Dallas Cowboys ended Week 1 of the 2016 NFL season with a 0-1 record. So, somebody is going to get their first win when the Cowboys roll into the FedEx Field in Maryland on Sept. 18. The action is set for 1:00 PM ET so be ready to see these bitter rivals square off, yet again, on the gridiron.

After the Week 1 jitters, it’s go time for Dak Prescott, 23. The rookie Dallas QB, filling in for the injured Tony Romo, 36, couldn’t get the ball down the field, going 1-for-10 on attempts more than 15 yards, per Fox Sports. They say Football is “a game of inches,” but Dak’s short game isn’t going to lead the Cowboys to the playoffs unless he makes use of Dez Bryant, 27, Terrance Williams, 27, or Brice Butler, 26. Granted, it’s Week 2, but there’s no time like the present to take a chance.

No Cable TV? Relax! Click Here To Learn How To Watch The NFL Online

The Pittsburgh Steelers neutralized Kirk Cousins, 28, and the Washington offense by utilizing zone coverage, per The Washington Post, leading Steel City to a 38-16 victory. DeSean Jackson, 29, and Pierre Garcon, 30, didn’t get much use, so will Dallas employ a similar strategy to keep Kirk from soaring high?

Washington’s running back Matt Jones, 23, barely got a chance to stretch his legs against Pittsburgh and Dallas’s Ezekiel Elliott, 21, only managed 51 yards after 20 carries. He did score a touchdown but the Cowboys will need more than one if they expect to beat Washington.

This will be the 113th game between the two squads, with the Cowboys winning 66 of them (Washington has 44 wins, with two ties between them.) Washington won the last game. Can they repeat? Or will Dallas score the first win while sending their rivals to a 0-2 starts of the 2016 season?

Who do you think will win this game, HollywoodLifers? Are you backing Washington or are you rooting for Dallas to win?