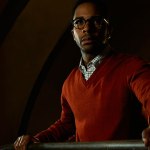 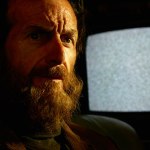 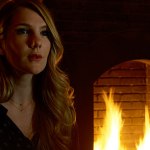 ‘My Roanoke Nightmare’ is officially the theme of ‘American Horror Story’ season 6, so what’s Roanoke all about?! Here are 5 key things you need to know about the Lost Colony.

1. The Roanoke Colony, as known as the Lost Colony, was established in North Carolina.

In 1587, John White led more than 100 people to the New World in the hopes of establishing a permanent English colony, according to History.com. The group settled on Roanoke Island, off the coast of North Carolina.

2. The entire colony disappeared and was never found.

John had to head back to England later that year to gather more supplies, but England’s war with Spain would prevent him from returning to Roanoke Island for almost three years. When John did make it back to Roanoke Island on August 18, 1590, he found the colony completely abandoned. He could find no trace of the colonists.

3. Only two clues were left behind.

The only evidence of the settlers was the word “Croatoan” had been carved on a post and the letters “CRO” scratched into a tree trunk. The colonists were never found and were dubbed the “Lost Colony.” Because of the lack of evidence, many believed that Native Americans killed the colonists. “Croatoan” was the name of a nearby island that was home to a Native American tribe.

4. Some archaeologists believe that some colonists assimilated to nearby Indian tribes.

According to History.com, archaeologists have found remains that suggest that some of the Roanoke colonists may have survived and split into two groups that assimilated into Native American communities.

The mystery of the “Lost Colony” has yet to be solved, and archaeologists are finding more evidence to help figure out what happened to the colonists.

HollywoodLifers, do you like the My Roanoke Nightmare theme? Let us know!