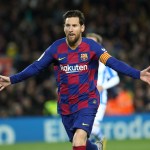 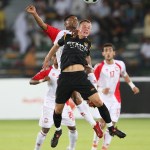 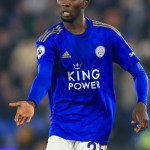 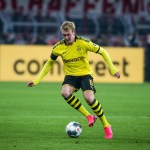 Guess who’s back! After two years in the wilderness, Landon Donovan has returned back to the LA Galaxy and is available for selection for their MLS game against Orlando City on Sept. 11 at 7pm EST. Will he make a difference? Watch the game with us!

On Sept. 8, the soccer world was turned upside down when US hero Landon, 34, was convinced to join the Galaxy until the end of the season to help them during an injury crisis. The team from LA are currently in a playoff position, and with more games coming thick and fast, they will definitely need more man-power. That’s where your man, Landon will come in.

Bruce Arena‘s Galaxy are missing Gyasi Zardes for the remainder of the season. The hot-shot forward broke his foot, and his lightning pace won’t be available for Carson’s finest. Steven Gerrard has also suffered with injuries this campaign, in particular, to his hamstring. However, full strength, they will always and be a force to be reckoned with. And whoever they are paired with in the playoffs will be fearful of the 5-times champs.

Orlando City won’t be there to make up the numbers though. They impressively demolished Montreal Impact on Sept.9 4-1 thanks to a brace from Brazilian soccer legend, Kaka. They currently sit 6th in the Eastern Conference, so with a bit of luck they might just get a playoff berth.

With all the focus on Landon’s return, it will be interesting to see if the great man will get a run out. It all depends how fit he is, but we’re sure he’s going to get a run out of some sorts.

HollywoodLifers, are you excited for Landon Donovan’s return? Will he win this game for LA Galaxy? Tell us if you think he will hit the back of the net!