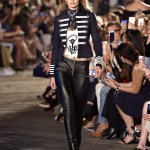 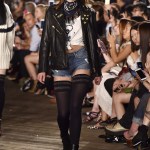 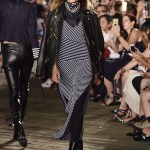 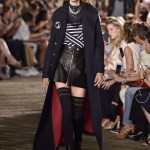 It was all about that ‘no makeup makeup’ look at Tommy Hilfiger’s Fall 2016 show, which he held at Pier 16 in New York on Sept. 9. Get the details on Gigi Hadid’s beauty look in the show below!

Models Gigi Hadid and Hailey Baldwin were just some of the gorgeous faces who rocked the catwalk — or the pier, we should say — at the Tommy Hilfiger Fall 2016 fashion show during New York Fashion Week on Sept. 9. It was a full-on carnival theme, and was one of the best shows this season.

The entire collection was a collaboration between Tommy and Gigi, and she was definitely the star of the show.

Backstage, I saw legendary makeup artist Pat McGrath touching up Gigi — it was light, minimal makeup. She rocked gorgeous, fresh skin — Pat went back to basics with “nontouring.” Gigi — and all the models — were simply glowing.

To match the “no makeup makeup look,” we got “no nail nails.” Celebrity manicurist Mar y Sol told me backstage, “it’s a clean, no shine look with hydrated cuticles. Qtica was massaged into the cuticles to repair. Nails were filed short and round. We used the Zoya Naked Manicure Naked Base, which is not tinted in any way. Then, we covered with the Matte Velvet Lacquer Top Coat.”

Hair was in soft, beachy waves. It was parted in the center and left down and loose — easy and chic.

HollywoodLifers, did you love the easy, beachy hair, makeup and nails on models like Gigi Hadid at Tommy Hilfiger?