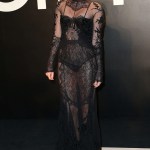 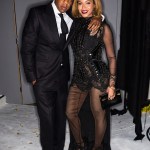 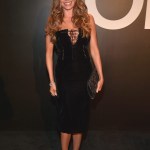 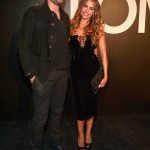 Are you ready for one of the most glamorous shows of New York Fashion Week? Tom Ford is happening today, Sept. 7, and HollywoodLife.com has hooked you up with a live stream so you don’t miss the star-studded event! WATCH here.

New York Fashion Week 2016 is in full swing, and thanks to the wonders of technology, you don’t need a hard invite to have a front-row seat to the biggest shows of the season. Case in point: the designer Tom Ford is streaming its show live online so you can watch from anywhere! What better way is there to see dazzling gowns than from the comfort of your bed or couch while in sweatpants? The streaming of the spring/summer 2017 collection starts at 7 PM EST, so add it to your calendar ASAP. CLICK HERE TO WATCH A LIVE STREAM OF THE TOM FORD FASHION SHOW.

The designer is quite the busy guy right now. Apart from getting ready to display next season’s styles at his huge show today, Ford premiered his new film Nocturnal Animals at the Venice Film Festival on Sept. 2. It stars Amy Adams, Jake Gyllenhaal and Isla Fisher, so be sure to keep your eyes peeled — they may just make an appearance at his fashion show. The fashion designer-turned-filmmaker really been making a name for himself in the industry, and his previous film, A Single Man, was released in 2009.

Tom Ford is always one of the most heavily celeb-attended shows of the season! Beyonce and Jay Z, Miley Cyrus, Sofia Vergara and Julianne Moore have all attended in the past — you never know who will show up. You’ll just have to tune in and see!

HollywoodLifers, is Tom Ford one of your favorite designers? Tell us if you’re excited to see his show!