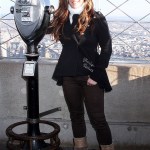 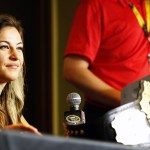 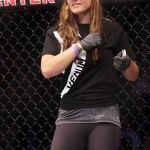 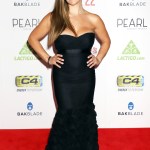 This is just amazing! UFC star Miesha Tate rescued a young girl who had fallen and broken her arm at Mary Jane Falls by carrying her two miles down the Nevada mountain. Check out the sweet pics and get the heartwarming story right here!

Miesha Tate, 30, accomplished an amazing feat on Sept. 4 when she carried a girl named Kai, 6, down a mountain to help her get medical attention. “Today a little girl broke her arm up at the top of Mary Jane falls (Mt Charleston) and I saw her meekly built mother struggling to carry her daughter down the mountain so I offered to carry the little girl to the bottom,” the former UFC Women’s Bantamweight Champion wrote on Facebook. “The mother asked her 6 year old daughter ‘would you rather have me or her carry you down’ without hesitation (to my surprise) she quickly replied ‘I want HER to carry me’ we had to laugh.” Miesha to the rescue!

“I preceded to carry the sweet little thing all the way to the bottom. Kai and I learned a lot about each other on the roughly 2 mile descent and It’s fair to say she inspired me,” Miesha added.
We made it all the way down without slipping or falling! We agreed we would both be strong for each other! Team work at it’s best!” How incredible is that?

Miesha also posted a cute video of Kai on her Instagram after the eventful day. “I just have to say this was one of the most rewarding days of my athletic career. And I also want to make a point that I have been told many times that I am ‘too buff’ or ‘manly’ that I should stop lifting weights, that it’s ‘gross’ and not attractive for a woman,” Miesha wrote in her caption. “I am so happy I never listened to the limitations others wanted to put on me and I hope that our youth knows that don’t have to conform. That strength and beauty come from within!” Talk about a role model!

HollywoodLifers, are you inspired by Miesha’s awesome act? Tell us what you think!