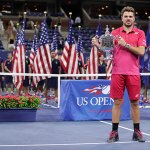 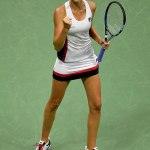 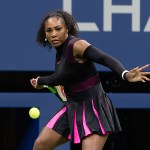 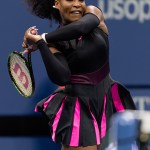 It’s time for the round of 16, as Venus Williams takes on Karolina Pliskova, in what should one of the tennis matches of the tournament at the US Open on Sept. 5 from 12.30pm EST. Who will big victorious? Click here to watch and find out!

Venus, the six seed for the US Open, has been in blistering form at the USTA Billie Jean King National Tennis Center, blasting all those that stand in her way as she attempts to win the trophy for the third time. But she won’t have it all her own way.

Standing in her way of glory is tenth seed Karolina, who is yet to drop a set in her first three matches. She looked relatively at ease, disposing of Sofia Kenin, Montserrat Gonzalez and Anastasia Pavlyuchenkova and her return game is on point. So, those Venus serves will come flying straight back in what should be a fascinating match-up.

In her last match against Laura Siegemund, Venus showed she was back to her best with a thumping 6-1, 6-2 victory. She was unplayable and it must have had the top seeds quaking in their tennis shoes when they saw her performance.

And in earlier rounds she’s shown different sides of her game, by gritting her teeth and pulling through when she wasn’t quite getting it right. Venus has the mettle of a champ, so it’s easy to see why she’s being fancied in this one.

It’ll be a tight affair, possibly three sets will be needed to decide this one, but we’d just love to see Venus make it through and possibly face off against her sister, Serena Williams later down the line.

HollywoodLifers, can Venus go all the way? Will there be an all-Williams match-up again? Tell us if you think Venus can upset her sister!