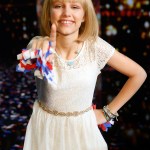 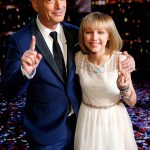 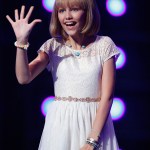 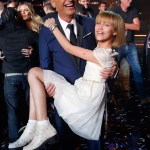 The first week of the ‘America’s Got Talent’ semifinals brought quite the competition, as every act gave a stellar performance on Aug. 30. But now their fate is determined — who will we be seeing in the finals? Find out the five finalist acts right here!

The acts who came in fourth, fifth, and sixth (in alphabetical order) were Edgar, Laura Bretan, and Tape Face. There was only 1 percent difference between all three acts, so clearly America couldn’t decide who should go home!

After some filler performances from acts from previous seasons, we finally got to some cuts. Musicality, Lori Mae Hernandez, and Grace VanderWaal were up against each other. Annnnd the first act going into the finals is…Grace VanderWaal! Not a very big surprise, but she’ll surely dominate in the finals!

Grace VanderWaal: See Pics Of The ‘America’s Got Talent’ Superstar

Sal Valentinetti and Malevo were up next. What a difference in acts, huh? Between the two, America wanted to see Sal Valentinetti in the finals! Not going to lie, a little shocked that America didn’t want to see a bunch of hot Argentinian men dance in the finals (especially after their incredible performance last night), but Sal is such a character so he’ll be fun to watch one more time.

Jon Dorenbos, Blake Vogt, and Deadly Games are next on the chopping block. Two magicians and a dangerously intriguing act, and the next one through is Jon Dorenbos! Gotta say, totally deserved!

It’s time to find out which of the bottom three acts were saved by America. This is the closest this vote has ever been, with less than 200 votes between the top two acts. Believe it or not, America wanted to save Tape Face! Let’s take a look at his performance from last night and see why voters love him so much:

It was up to the judges to chose between Edgar and Laura Bretan. Before they revealed who they want through to the finals, the judges announced that they chose the Passing Zone to come back for the second week of semifinals. But now it’s decision time for this week. Heidi Klum picked Laura. Mel B picked her Golden Buzzer girl Laura, then Howie Mandel mixed things up and picked Edgar. So it came down to Simon Cowell’s vote, who ultimately made Laura the fifth finalist!

So half of the finalists we will be seeing in the finale are: Grace VanderWaal, Sal Valentinetti, Jon Dorenbos, Tape Face, and Laura Bretan. Can’t wait to see who will be joining them from next week’s semis!

HollywoodLifers, which acts did you want to see in the AGT finals? Do you agree with the acts who were eliminated? Tell us below!