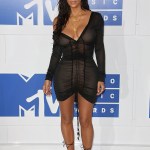 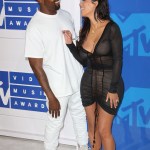 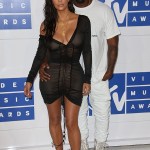 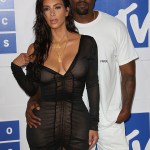 Work that red carpet, girl! The queens of ‘RuPaul’s Drag Race: All Stars’ showed all the stars attending the 2016 MTV VMAs how it’s done, as they strutted their stuff while recreating some of the most iconic VMA looks of all time!

When you arrive at the MTV 2016 VMAs, in the words of RuPaul, 55, – you better work! The queens of RuPaul’s Drag Race: All Stars 2 certainly took that advice, as they hit the Aug. 28 event while dressed up as some of the most memorable looks throughout VMA history!

There was only one word for their outfits: legendary! Yet, the queens seemed to let the cat out of the bag by posting hints of their looks on social media. Phi Phi O’Hara tweeted “Hmmm” while wearing what obviously looked like a version of Lady Gaga’s, 30, epic meat-dress from the 2010 event. Coco Montrese, who was eliminated in the premiere episode of All Stars 2, channeled her inner Lil Kim, 41, to bust out the purple nipple pasty! Yaaaas, queen!

Alaska 5000, one of the biggest fan-favorites to ever appear on Drag Race, seemed to beat her fellow queen (and renowned Britney Spears impersonator) Derrick Barry by dressing up as Brit’s outfit when she performed with a snake at the 2001 VMAs. Yikes! She wasn’t the only one channeling Britney, as Alyssa Edwards said she was serving “Britney Jean Spears Realness, mawma!”

To no one’s surprise, Roxxy Andrews, a queen who reps the “thick and juicy” performers out there, decided to honor the best “thick and juicy” queen of them all: Kim Kardashian, 35! Roxxy previewed her look on Instagram, and her face was almost identical to Kim’s! “Tease!” she captioned the pic. Indeed, Roxxxy. She was a horrible tease!

It seems that the VMAs are becoming drag queen central, courtesy of Miley Cyrus, 23. Miley, who hosted the 2015 edition, closed out the night with an epic performance that featured 30 drag queens (many of which had appeared on RuPaul’s Drag Race throughout the years.) Maybe some of the queens will stop by their real-life counterparts and exchange beauty tips?

What do you think about the drag queens recreating Gaga, Kim and other amazing VMA looks, HollywoodLifers? Do you think they looked like the stars they were impersonating?