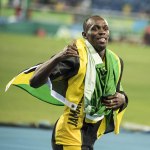 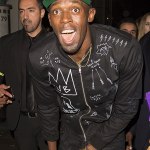 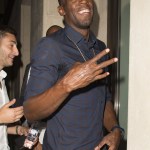 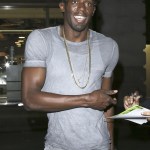 Uh oh! Usain Bolt better use some of well known charm if he wants to win back girlfriend Kasi Bennett. The nine-time gold medalist was caught on video in bed with a 20-year-old woman in Rio, and HollywoodLife.com talked to a relationship experts to see what he needs to do to make things right with his beautiful lady.

“Usain Bolt‘s relationship with Kasi Bennett can absolutely survive. He first and foremost needs to make her feel like she is his number one woman, and that she means the world to him. He needs to go home and spend romantic time with his girlfriend and never again discuss what happened in Brazil,” Relationship Expert Dr. Ava Cadell tells HollywoodLife.com EXCLUSIVELY. The Olympic hero was busted Aug. 21 on his 30th birthday when WhatsApp photos emerged online showing him in bed with 20-year-old student Jady Duarte after he spent the night partying in Rio. Needless to say, his gorgeous 28-year-old girlfriend of two years Kasi is beyond furious with the very public cheating scandal.

“He shouldn’t lie about what happened, instead he needs to take responsibility. He needs to explain that he was celebrating his big win and that being with this other woman meant nothing to him emotionally,” she continues. So far Usain hasn’t spoken publicly about the alleged cheating, but Kasi has made her opinion known when she “liked” a tweet from one of his fans that read “@usainbolt you traded your life with a #goddess @kasi__b for a one night fling with someone who will never even come close. I can’t.”

“He shouldn’t deny it or defend himself. He should explain that he was rewarding himself and he couldn’t resist the temptation. He needs to reiterate how much he loves her and again take full responsibility for his actions. He needs to remind her that she’s the woman he wants to be with and that there’s no one else who compares to her,” Ava adds.

HollywoodLifers, do you think Kasi will forgive Usain for allegedly cheating on her?