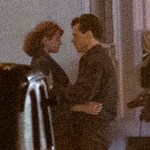 Is Harry Styles hoping One Direction gets back together? When he’s not busy filming ‘Dunkirk,’ he’s apparently talking to the crew about his 1D bandmates — and it’s all good things! Get the EXCLUSIVE details right here!

“Occasionally people ask him about his singing and every time One Direction was brought up he talked about the guys very fondly,” an insider told HollywoodLife.com EXCLUSIVELY. “He talks as if they are still a thing.”

While the source didn’t go into detail about the specific things Harry has said about One Direction to his Dunkirk cast and crew, it sounds like Harry hasn’t completely put his 1D guys in the past. Perhaps that means there really is still hope for a One Direction reunion?!

Last time we heard anything about One Direction’s fate, it was from the mastermind behind the band, Simon Cowell…and it wasn’t sounding good. Simon revealed to Variety magazine that he doesn’t think we’ll see 1D as a group for “a while now.” And considering the different paths they all appear to be taking, Simon is sounding more right every day!

Harry was the first to hint that One Direction would be no more, as he signed a reportedly three-album, $80 million contract with Columbia Records in June. Liam Payne was quick to follow suit, signing his own solo contract with Capitol Records just a month later. While Niall and Louis supposedly haven’t signed anything yet, Niall has been spotted in the recording studio, making 1D fans even more worried about the group’s fate!

One Direction: See Pics From When The Band Was Together

Then again, Harry and the guys seemingly haven’t completely forgotten about the band. On the band’s 6th anniversary on July 23, Harry, Louis, and Niall all tweeted their love for one another and One Direction as a group! Liam didn’t give a shout-out, but he’s been the most insistent that 1D will be a thing again in the future. After hearing about Harry’s Dunkirk set talk, we’re totally keeping our fingers crossed!

HollywoodLifers, what do you think Harry has told his Dunkirk cast about One Direction? Do you think they’ll ever reunite? Tell us below!