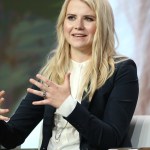 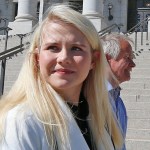 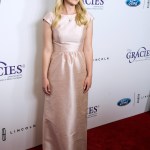 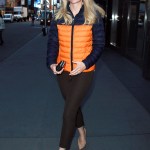 Elizabeth Smart’s nightmare childhood kidnapping was made more hellacious by her captor Brian David Mitchell’s fondness for hardcore pornography, she says. The now 28-year-old told the chilling story of her experience to anti-porn blog ‘Fight The New Drug’ — click through to watch.

“Every time I thought i’d hit rock bottom, my captor would find a way to make it worse,” Elizabeth said. “It was just a few days later (after the kidnapping) that my captor was really excited and really amped up about something, and he said ‘oh I’m going to show you something, and you have to look at it!’

“And then I remember he pulled out this magazine full of hardcore pornography. And then I remember he would just sit and look at it, and talk about these women, and when he was done, he would turn to me and be like ‘now, we’re going to do this.’ It just led to him raping me more, more than he already did, which was a lot.”

HollywoodLifers, what did you think about Elizabeth’s interview?