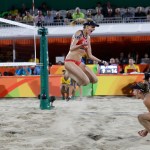 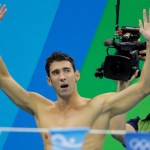 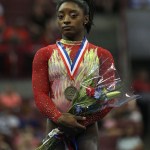 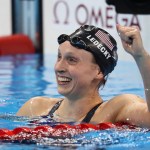 Hungary and the U.S. meet again! The women’s water polo teams face each other in the Rio Olympics semifinals on Aug. 17 after the U.S. took the win in the preliminaries. Will Team USA be able to take another from Hungary? Watch a live stream here and find out!

The United States practically made it look easy to beat Hungary with a huge 13-6 win in the preliminaries. But a 7-goal loss didn’t get Hungary down, as they bounced back and defeated Australia 13-11 in the quarters — so they’re likely ready to come back with a vengeance in the semis! Hungary and Team USA face off at 3:30 p.m. ET, so don’t forget to tune in to see what happens!

The U.S. women’s water polo team have absolutely crushed their competition throughout the Olympics thus far, scoring no less than 11 goals on every opponent they have faced. They had their most impressive win yet with a 13-3 win over Brazil in the quarterfinals, so they likely won’t be slowing down in the semifinals. While Hungary has had not one, but two 13-goal wins in Rio, the U.S. was the only team to keep them from scoring at least 10 goals. We can imagine they’ve got a game plan for how to score more this time around!

Considering two wins is all either team needs to take home the gold medal for their country, both the U.S. and Hungary will surely be fighting to the finish — but USA has more than just this year’s gold medal on the line. As the 2012 London Summer Games gold medal winners, they’re looking for back-to-back Olympic golds, and the team has a 20-game win streak to uphold. No pressure, huh?!

See More Pics From The 2016 Summer Olympics In Rio

Whoever ends up victorious in the match will face the winner of the game between Russia and Italy, which will be determined before the U.S. and Hungary take the pool. With the finals so close, this rematch is sure to be one heck of an intense game!

HollywoodLifers, do you think the U.S. will be able to beat Hungary again? Which women’s water polo team do you hope wins the gold medal? Tell us below!