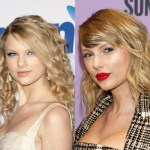 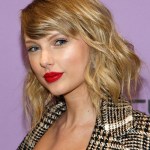 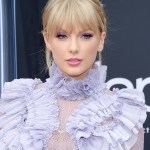 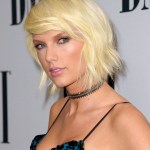 Taylor Swift’s hair is very important to us. Over the years, the singer has rocked a number of hairstyles, including curly hair to a short bob. In honor of her hair returning to its curly roots, we’re taking a look at Taylor’s hair evolution! Vote for your fave T-Swift hairstyle now!

Whenever Taylor, 26, changes up her hair, it’s HUGE news. The “Blank Space” singer recently showed off a curly hairstyle while in New York, throwing it way back to her country days. While her hair is much shorter now than it was when she was first hitting it big, Taylor’s wavy look is a fond trip down memory lane.

See More Pics Of Taylor’s Hair Over The Years

Back when Taylor was first starting out in the country music business, she rocked long, curly hair. Her blonde and wavy locks were truly iconic. She would flaunt those natural curls at every awards show, making every girl with straight hair super jealous.

But as Taylor got older and became an even bigger worldwide phenomenon, she decided to change her hair up. She stopped showing off her curly locks, instead opting for a straighter look.

She got bangs in 2013 and the world stopped spinning for a moment. Taylor getting bangs was the biggest hair event of 2013. Then she took things to the next level by chopping off her long locks in favor of a shorter bob. The look was much more sophisticated and a huge transformation for Taylor. She continued to cut the bob shorter, and no one knew what she would do next.

Taylor shocked everyone when she appeared on the May 2016 cover of Vogue with platinum blonde hair! The look was Tay’s edgiest hairstyle to date — by far. She was nearly unrecognizable. Many thought she was just wearing a wig, but she showed up to the Met Gala with super bright locks. Taylor has since returned to a darker shade of blonde and brought back her natural waves. No matter what — Taylor’s hair always looks GREAT!