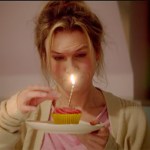 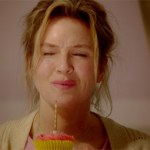 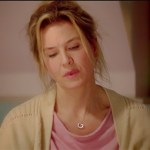 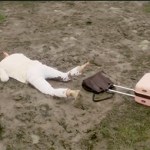 Whoa, baby! We already knew that Hugh Grant wouldn’t be joining his former co-stars in ‘Bridget Jones’s Baby,’ but we didn’t know whether that was by choice or not. Now, we have our answer. Click here to see Hugh explain why he isn’t part of the sequel.

When Hugh Grant, 55, recently appeared on Watch What Happens Live, a fan questioned him about his absence from the movie and whether it was his decision. “Well, that’s heavy Jordan,” Hugh said with a laugh in response. “No they did, they did come to me a couple of years ago. And they had a lovely idea for a film. I’m particularly difficult and queenie when it comes to scripts, and I couldn’t quite make the script work for me, so they then made it without me. And I’m sure it’s brilliant.” Host, Andy Cohen, 48, asked the actor if he’d regret not being in the film, and Hugh jokingly answered,”It depends how much money it makes, obviously.”

Bridget Jones’s Baby, which stars Renee Zellweger, 47, Colin Firth, 55, and Patrick Dempsey, 50, is the sequel to the 2001 film Bridget Jones’s Diary, which followed the romantic struggles of Renee as the titular character and her two love interests, Colin and Hugh’s characters. The British heartthrob was pretty great in the film, so we were wondering why he wouldn’t want another chance to flirt with Bridget over 15 years later. Now we know the role just wasn’t for him.

And it’s a shame, because he will totally be missed in what looks like a great movie, based on the recent trailers. But we’re lucky to have the rest of the cast back — and some new faces, like Patrick. So, maybe that will make up for Hugh’s absence a little. And of course, there will probably be an adorable baby stealing the spotlight from everyone anyways. Bridget Jones’s Baby hits theaters Sept. 16.

HollywoodLifers, do you think Hugh should have been in Bridget Jones’s Baby? Let us know below!