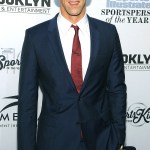 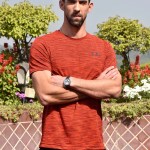 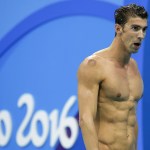 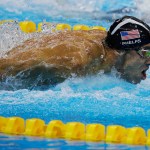 As Michael Phelps continues to rack up the gold medals at the 2016 Olympics, his ex, Taylor Chandler, is letting the world know exactly how she feels about him — and she has a lot to say. In an insane Facebook rant, Taylor calls Michael out for cheating, lying and MORE. Read her message here.

Taylor Chandler is NOT Michael Phelps’ biggest fan, and she’s making some crazy allegations about him amidst his epic run in Rio. She starts out her Facebook post by listing women he’s allegedly cheated on his girlfriends, including his current fiance, Nicole Johnson, with. She also claims that she was with Michael when he started dating Nicole — and only found out that he cheated on her because she saw a photo of them at a wedding together.

“I have been victim shamed for almost a year and a half, while he is a hero and role model,” she rants. “I did absolutely nothing wrong, but in defending myself and wanting him to acknowledge the truth, I’m a stalker, psycho, evil, abusive, nutcase that won’t let it go! Try walking a mile in my shoes. Try having your whole life turned upside down by every private, ugly, embarrassing, personal moment made public. I would love to have a life, but the world defines me by him!”

Taylor also slams Michael’s suggestion that she was just a “hook up” for him, by claiming they were together on the night of his 2014 DUI and asking us what she has to gain by lying about that. All in all, Taylor is calling him a liar, about his relationships and how he portrays himself to the public, and she wants the rest of the world to see it, too.

“This wasn’t a dark period after retirement, this was his life always,” she concludes. “Seeing how strong willed and involved his mom is, do you honestly believe living a mile away she allowed him to be in bed 5 days on the brink of suicide? They were there constantly. It’s a manufactured story. The first two days after the DUI we stayed in bed cut off from the world avoiding the media. Wake up world and stop being blinded by the gold! You have systematically had wool pulled over your eyes for years! Stop making me the villain. Ask him the important questions and make him accountable for his actions!”

Obviously, the timing of Taylor’s post is interesting with the Olympics being in full swing — especially since she also went on a similar rant last year when Michael announced he and Nicole were expecting a child. Obviously, we’re going to take this one with a grain of salt…but it’s definitely out there now.

HollywoodLifers, do you believe Taylor’s rant? Or do you think she’s just doing it for attention?