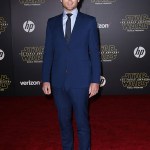 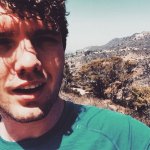 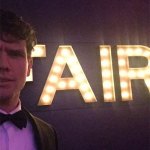 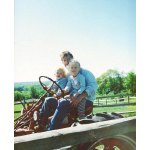 There’s about to be another famous Swift on the family tree! Taylor’s little brother, Austin Swift, is making his movie debut in the new film ‘I.T.’, and the first trailer is here! Click through to watch him shine!

Austin Swift, 24, has a supporting role in the new Pierce Brosnan movie I.T., the story of a psychotic hacker (James Frecheville) who’s out to kill a wealthy businessman and his family. Blink and you’ll miss him, but there’s Austin at the 1:30 minute mark in the trailer playing Lance, who appears to be either friends with, or maybe the love interest, to Pierce’s daughter. Good for Austin! The daughter is played by gorgeous Stephanie Scott!

It’s barely a tease of Austin’s part in the psychological thriller; we don’t hear him say any lines. But Lance is showing Nancy his phone — does he know something about the hacker? While the film is yet to be seen, it appears that Austin is pretty talented. He’s already got another film lined up, the 2017 prohibition-era drama Live by Night, written and directed by Ben Affleck! That’s major! The fact that he’s considered good enough to be in an ensemble that includes people like Brendan Gleeson, Chris Cooper and Zoe Saldana really means something!

This is so awesome, because Austin has been trying to break into the film industry for awhile! Austin graduated from Notre Dame university in 2014 — not an easy feat! — earning his BA in Film/TV. Talk about someone who is dedicated to the performing arts! And now, just like his big sister, Taylor Swift, he’s taking his show biz dreams all the way from the farm they grew up on, to Hollywood!

HollywoodLifers, are you dying to see Austin in his first role? Tell us in the comments!