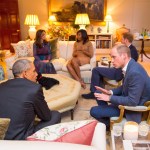 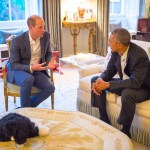 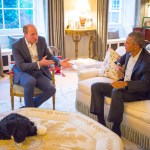 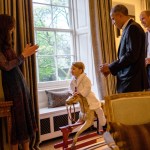 We know we’ve said it a million times before, but Michelle Obama is the coolest First Lady ever! Thanks to her, President Barack Obama will be celebrating his 55th birthday with a huge all-night party on Aug. 5, alongside major celebs like Beyonce, Jay Z, and more!

Someone get us to the White House stat! Michelle Obama is throwing quite a bash for her husband, who just so happens to be the leader of the free world. On Friday, Aug. 5, Barack Obama will be celebrating his 55th year alive alongside the likes of Beyonce, Jay Z, Kendrick Lamar, Ellen DeGeneres, Portia de Rossi, Sarah Jessica Parker, Stevie Wonder, Jennifer Hudson, John Legend, Magic Johnson and Alonzo Mourning, Page Six reports.

And get this — Usher is allegedly set to perform! It’s like a mini concert inside the White House.

“All the preparations and the guest list are being kept top-secret. The plan is to throw a party for the president to really let his hair down. There will be performances and a dance party that will go late into the night. Social media will be banned,” a source told the news outlet.

We’ve also discovered the party’s going to get pretty wild. There won’t be formal dinner serves — just light appetizers — so guests were encouraged to eat beforehand. It sounds like everyone will just be filling their stomachs with alcohol.

And following the bash, Michelle and Barack will reportedly head to Martha’s Vineyard for their annual vacation. Sounds like an amazing weekend to us!

HollywoodLifers, don’t you wish you could attend Barack Obama’s birthday party? Tell us below!