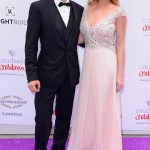 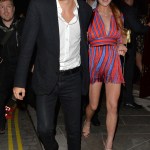 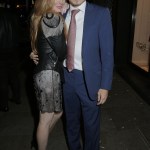 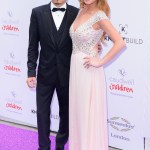 The world watched the shocking video of Lindsay Lohan’s violent fight with her fiance, Egor Tarabasov in Greece — including her dad! And Michael Lohan has some words for his daughter’s boyfriend. See what he had to say here!

Michael, 56, isn’t happy one bit abut Egor, 23, aggressively touching Lindsay, 30, in a video, which initially occurred on July 5. “Stay away from my daughter,” Michael exclaimed in a video message for Inside Edition. Watch Michael’s Video Here

Michael kept his remarks toward Egor pretty brief, but when asked about the thoughts that went through his head when he watched the video, he had a little more to say.“He must have something to hide if he didn’t want her to see his cell phone,” Michael said. “And the way he manhandled her I can only imagine if he did that in public what he does in private.”

In the horrifying video, Lindsay and her boyfriend are seen sitting in their Jeep on the beach in Greece, when the Mean Girls star throws Egor’s cellphone out the window after allegedly accusing him of cheating on her, as HollywoodLife.com previously reported. As both of them race to the phone, which landed nearby in the sand, Egor grabs Lindsay, flinging her away. Lindsay is heard saying “ow,” as Egor has her arm. And after a couple of seconds, he loosens his grasp and tells her to leave. Yikes, the video definitely looks bad!

The public scuffle comes only weeks after the two were spotted in a heated confrontation on the balcony of their London home in July 2016. In that incident, Metropolitan police were called to the residence, where they reported a woman in distress, according to Us Weekly. No arrests were made however.

While Lindsay and her father have had a strained relationship over the years, it still must be difficult to watch his daughter in such a tough position. And it appears Michael’s demand for Egor to stay away is not an empty threat. He’s admitted to wanting to do physical harm to him! “I literally cannot wait to be face to face with this kid. I am going to jail and he is going to the hospital,” Michael told HollywoodLife.com EXCLUSIVELY. Ouch!

Luckily, Michael revealed that he spoke with his daughter and she says they’re no longer together. So hopefully Egor stays clear of Lindsay and Michael… or else!

HollywoodLifers, what did YOU think of the video of Lindsay and Egor?