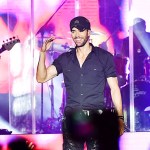 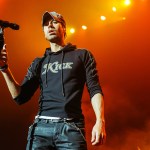 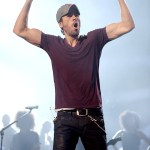 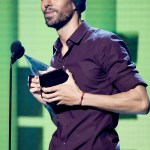 Oh my! Enrique Iglesias has always made it clear that he doesn’t need a marriage license to validate his 15 year relationship with stunning Anna Kournikova. But he just dropped a mysterious hint that the pair may have secretly tied the knot already! Keep reading for what the gorgeous crooner had to say.

It seems like ever since Enrique Iglesias, 41, and Anna Kournikova, 35, started dating back in 2001, everyone has been cheering them on to head to the altar and get married, but that’s something he’s always resisted. The singer has always been content and secure with their loving and long lasting relationship, but now he’s singing a bit of a different tune when it comes to marriage. “I don’t believe you need a piece of paper to show you love someone,” he exclusively tells E! Online. But when asked if he had any plans to get married, he said, “Who knows what the future holds…or the past…haha.”

Wait, WHAT?! He’s being a total tease about how fans have wished and hoped that the beautiful couple would tie the knot. After 15 years together, if they would have wanted to get married they’d have done it already, but what about if they already did and just didn’t tell anyone? It would be so amazing if they actually had tied the knot and been able to keep the news just between them as their own private secret.

Click here for more pics of Anna and Enrique

The extraordinarily private pair seems to be showing off their public love a little bit more finally, with Anna posting an incredibly rare personal pic of the couple to her Instagram back in June, and even included a heart emoji. She’s also been seen wearing a giant pink diamond ring on that finger, but the couple as usual aren’t discussing the jewelry or if it has any meaning.

HollywoodLifers, do you think Anna and Enrique will ever actually get married?