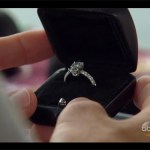 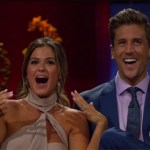 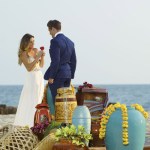 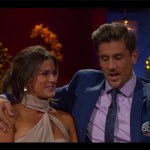 The time has come. JoJo Fletcher will pick between Jordan Rodgers and Robby Hayes on Aug. 1 ‘The Bachelorette’ finale. These are all the pictures from the finale that you need to see!

JoJo, 25, is putting her heart out on the line once again in The Bachelorette finale. She makes her final choice between Jordan, 27, and Robby, 27, in the shocking last episode. JoJo, dressed in a sexy chiffon dress with a high slit, stands on the beach in Thailand and gives out her last rose.

Her dashing final two meet up with JoJo on the immaculately decorated beach with gorgeous engagement rings in hand. Both Jordan and Robby arrive looking sharp in blue suits. Too bad one of them is going to get their heart broken!

Earlier in the finale, we get a look at the rings both Jordan and Robby are looking at for JoJo. No matter what ring they choose — JoJo’s going to have one heck of a sparkler on her ring finger!

Both Robby and Jordan sit down with JoJo’s parents for one final talk before JoJo reveals her decision. Robby even makes JoJo’s mom cry when he asks for her blessing to propose to JoJo. Isn’t he just so sweet?

JoJo and the final two also get in a bit of alone time before the finale. JoJo goes on a date with Robby, and the two strip down to their bikinis on the beach! JoJo needs those final moments with Jordan and Robby to make her decision, because she’s in love with them both.

The Bachelorette airs Aug. 1 at 8 p.m. ET on ABC. The Bachelorette: After The Final Rose will air right after the finale at 10 p.m. ET. It will be JoJo and the winner’s public debut as a couple!

HollywoodLifers, who do you think JoJo will choose — Robby or Jordan? Let us know!