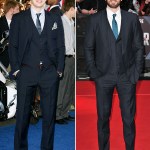 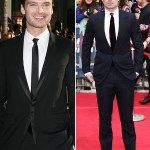 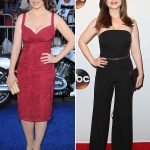 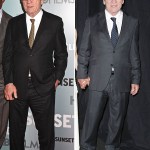 Can you believe it’s already been 5 years since ‘Captain America: The First Avenger’ hit theaters? The cast is celebrating the movie’s fifth anniversary today, July 22, so we’re taking a look at the movie’s stars then and now! Click to see the photos!

Since Captain America: The First Avenger, Chris has gone on to star in 4 Marvel movies, including two Captain America movies and both Avengers movies. In between playing the swoonworthy and righteous Captain America, he’s starred in the sci-fi hit Snowpiercer, Before We Go and Playing It Cool. He was most recently seen in Captain America: Civil War. Chris has also had a development in his personal life — he’s dating Jenny Slate!

Hayley’s Peggy Carter has lived on in many movies and TV shows. Before landing her own spinoff, Agent Carter, Hayley appeared on Marvel’s Agents of S.H.I.E.L.D. Hayley played Cinderella’s mother in the live-action Cinderella in 2015. She is one of the stars of ABC’s new show, Conviction, set to premiere this fall.

There’s almost nothing Samuel hasn’t been in since the first Captain America movie. From Django Unchained to Kingsman: The Secret Service to The Hateful Eight, Samuel has been busy. In addition to all of that, he’s appeared in all of the Avengers movies! He’s got a huge lineup of movies coming up, including Miss Peregrine’s Home for Peculiar Children, Kong: Skull Island and more!

Most notably, Dominic appeared on Agent Carter as Howard Stark in 2015-2016. He nabbed the lead role in AMC’s drama Preacher, which premiered in 2016. He also had roles Warcraft, Dracula Untold and Need For Speed.

Following the success of Captain America, Hugo starred as Elrond in first two Hobbit movies. He also starred in Cloud Atlas, The Dressmaker and more.

Right after Captain America in 2011, Tommy teamed up with Will Smith once again for Men In Black 3. He starred alongside Meryl Streep in Hope Springs in 2012. He was nomination for an Oscar for his performance in Lincoln. Tommy is one of the many stars of the latest Bourne movie, Jason Bourne, which will be released on July 29.

Stanley has been a busy man in the 5 years after Captain America: The First Avenger. He was a fan favorite in all four Hunger Games movies as the outlandish Caesar Flickerman. A Little Chaos, The Fifth Estate, Percy Jackson: Sea of Monsters are just a few movies he’s been in over the past 5 years. Stanley played Mitchell in the Academy Award-winning movie Spotlight. He’ll play Jack Warner in Ryan Murphy’s new show, Feud, and play Cadenza in the live-action Beauty & The Beast.

HollywoodLifers, who is your favorite Captain America character? Let us know!