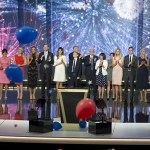 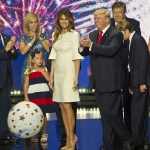 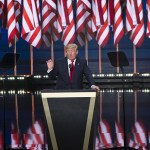 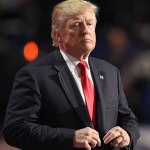 This is so crazy! Ted Cruz’s wife Heidi had to be escorted out of the Republican National Convention on July 20 after Ted gave a speech where he urged Americans not to vote for Donald Trump. WATCH the video here!

Don’t underestimate the power of an angry Republican! Heidi Cruz, 43, found herself in danger after her husband Ted, 45, declined to endorse Donald Trump, 70, at the RNC. You can see footage of her being led out of the Quicken Loans Arena in Cleveland, OH, by Ken Cuccinelli, one of Cruz’s main backers, after the pro-Trump members of the crowd turned on Ted!

As you can see in the video, Heidi is surrounded by bodyguards as the crowd appears to be closing in on her. Audience members reportedly had to be restrained after Ted’s speech, since there was a chance they’d assault the former presidential candidate.

Cruz gave an impassioned speech at the RNC, as we previously told you, and he advised Americans to “vote with [your] conscience” — rather than for Donald Trump — when it’s time to choose the next President of the United States. His supporters cheered throughout the speech, but pro-Trump crowd members shouted at Cruz, shocked that the Texas senator didn’t endorse the GOP nominee. Loud boos and angry shouts could be heard during Cruz’s speech, once it became clear that he wasn’t standing behind Trump.

Ken Cuccinelli, who helped Heidi out of the arena, defended Cruz. “I don’t think anybody expected him to endorse [Trump], the former state attorney general said, adding that just because he didn’t officially endorse him, it doesn’t mean that Cruz won’t vote for Trump in Nov. “[Cruz] prosecuted Hillary Clinton…he hit Donald Trump’s signature issue, obviously supporting him,” Cuccinelli added. Okay, sure.

HollywoodLifers, do you think Ted Cruz should have endorsed Donald Trump? Sound off below!