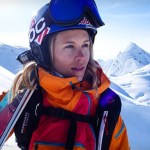 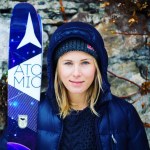 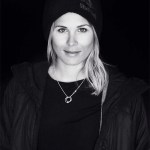 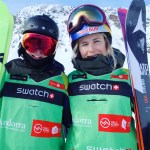 This is absolutely devastating. Skier Matilda Rapaport was filming a video game in Chile when she was pummeled by an avalanche and trapped beneath the snow on July 14. After spending four days in a coma, Matilda tragically died on July 18.

Matilda Rapaport was just 30 years old at the time of her death. Rescuers were able to pull her from the mountain of snow, but she had already suffered from severe oxygen deprivation and brain damage by that point, according to TMZ.

The 30-year-old was filming for the Ubisoft video game “Steep” in the Andes Mountains near Santiago, Chile when the snowstorm hit, causing the tragic accident. She was rushed to the hospital and remained in a coma throughout the weekend, but wound up losing her battle on July 18. Find out more about her life her.

“Matilda’s courage, passion and desire to share the sport she loved with the world served as an inspiration for other athletes and for us all,” Ubisoft said in a statement. “This tragic accident has deeply touched us. Our hearts and prayers go out to her and her wider family at this difficult time.”

Just hours before her accident, Matilda took to Instagram to share a video of the mountains outside the resort she was staying at in Chile. In a photo from the day before the avalanche, the professional athlete looked carefree and happy as she stood in the middle of a light snowfall with her arms open wide to the sky. We cannot believe that this happened to such a talented and promising person.

Matilda won the Scandinavian Big Mountain Championship in 2011 and the Xtreme Verbier freeride competition in 2013. The game “Steep” is due out later this year, but it has not been revealed if this sad news will impact the release date.

HollywoodLifers, are you shocked by Matilda’s death? Leave your thoughts for her family and loved ones in the comments section below.