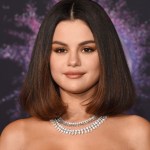 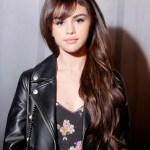 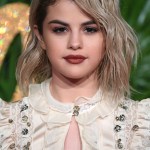 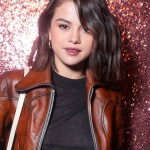 Oh, the struggle of your BFF getting a boyfriend, especially when you’re single. So, is Selena Gomez feeling ‘jealous’ over Taylor and Tom’s whirlwind relationship? HollywoodLife.com can EXCLUSIVELY fill you in on this one!

Dare we say it, but could Selena Gomez, 23, be envious of the romance of the summer, that is Taylor Swift, 26, and Tom Hiddleston, 35? Well, Selena is super busy with her Revival tour right now, and there’s also the fact that she threw her own party opposite Taylor’s annual Independence day bash. So, what’s the deal here?

Woah woah woah, guys! Let’s slow down a bit because HollywoodLife.com has EXCLUSIVELY learned that, “Selena is not jealous of Taylor or her new relationship with Tom, rather she sees it as just another guy with Taylor,” a source said. “Their relationship is so new, Selena is not giving it too much attention.”

With a packed schedule, which includes a second album on the way and campaigns with Coca-Cola and Louis Vuitton, “Selena is not giving it too much attention.” Actually the singer and actress, “is busy doing her life and career.” We’re happy there’s no bad blood between the two longtime besties.

In fact, Sel supports Taylor’s new quickie romance with Tom! Not to mention, Taylor and Selena remained friends through Sel’s on-again/off-again relationship with Justin Bieber, 22, so we don’t think there’s anything that could tear these girls apart.

There was definitely no rift between the two either when the “Blank Space” singer and her actor beau attended Selena’s Nashville concert with friends. They were all over each other in a private box and you can watch that here.

So there you have it, Selena is just busy with her own life right now — and trying not to fall on stage. The “Hands to Myself” singer recently took a hard spill in concert, but luckily recovered pretty calm, cool and collected! That is unlike her ex, Justin, who has a track record for falling. He took a deep fall into a black hole in the stage during a performance in his native, Canada! Eventually crawling out, J. Biebs instantly cracked some jokes. Phew!

HollywoodLifers, what do you think about Taylor and Tom’s romance? If you were her BFF would you be jealous of all the time they spend together? Tell us what you think in the comments below!