The law insisted that all abortion clinics meet “ambulatory surgical center standards” including 8-foot-wide hallways – enough for two hospital gurneys to be able to pass by each other. That’s just something completely unnecessary in an abortion clinic.The state of Texas argued that it was just looking out for women’s health. Yeah, right?

The truth is that abortion is one of the very safest medical procedures performed in the U.S. Safer than getting a wisdom tooth extracted and safer than getting a colonoscopy – neither of which must by law be done in an ambulatory surgical center.

Here’s the stats: abortions had a complication rate of a mere .23 percent according to a 2009-10 UC San Francisco study of 54,911 women who had abortions. Wisdom teeth complications happen 7 percent of the time and colonoscopies – 0.35 percent. So, why isn’t Texas concerned with protecting the health of all people having their wisdom teeth extracted?

As well, Texas allows midwives to legally assist women undergoing childbirth at home, even though childbirth is 14 times likelier to cause death than an abortion!

A concern for women’s heath was just a smokescreen for Texas , because these restrictions were really an end run at restricting all abortions for Texas’s 5.4 million women who are in their reproductive years. Texas is the second most populated state in the U.S. and had only 40 abortion clinics before these laws were enacted. If the Supreme Court had no struck down the laws, the state would have been left with just 10 clinics.

And remember that these clinics don’t just perform abortions. Most provide desperately needed healthcare for women, including STD and cancer screenings, birth control advice, prescriptions and more. When these clinics close, thousands and thousands of women are left without healthcare. The average Texas county, as is, is already 111 miles from the nearest clinic. That in itself hinders a woman’s right to choose.

Furthermore, if the Supreme Court had not ruled that these laws were unconstitutional, reaffirming the landmark 1975 Roe v. Wade case, which made abortion legal, other states would have enacted similar laws. In fact, numerous Republican-led states have been trying to enact their own versions of abortion “clinic shutdown” laws.

Now, with the Supreme Court’s new decision, these other restrictions will most likely be found to be unconstitutional, protecting a woman’s right to choose across the country. Hooray!

Let’s also keep in mind that Texas strongly supports easy access to guns despite the fact that 33,000 Americans die from gun violence each year. The state is kind of selective when it comes to it’s concerns for women’s health!

Now just take a look at how some women are celebrating the Supreme Court decision to strike down Texas’s abortion clinic laws: 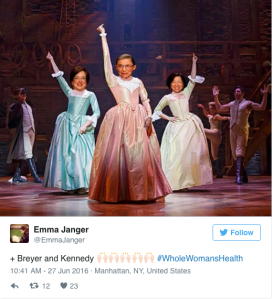 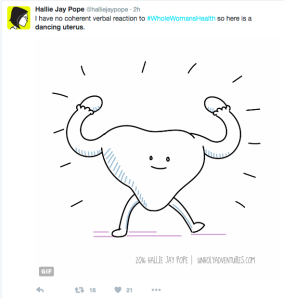 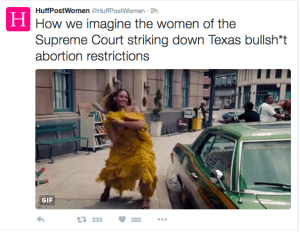 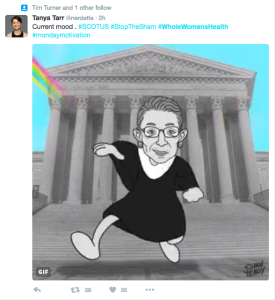 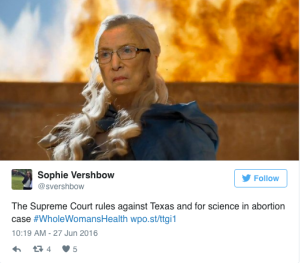 Great to see women win the practical right to make and act on their own reproductive decisions.

Hollywoodlifers, are you glad that a woman’s right to choose was just protected and reaffirmed by the Supreme Court? Let me know.