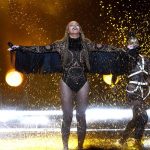 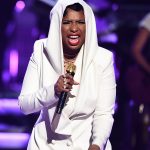 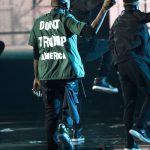 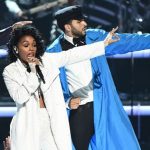 Big news from behind the scenes at the BET Awards! HollywoodLife.com has learned EXCLUSIVELY that Scott Disick was seen holdings hands with a ‘smoking hot’ blonde backstage. Get all the details here!

For those who thought there was still hope for Kourtney Kardashian, 37, and Scott Disick, 33, almost a year after their split, we hate to break it to you, but it looks like Scott has moved on. The notorious bad boy was spotted with a sexy hot blonde backstage at this year’s BET Awards on June 26 a source EXCLUSIVELY report to HollywoodLife.com. Read on to find out all the details on Scott’s possible new love interest.

“Scott was holding the hand of some smoking hot beauty, who I didn’t recognize, as they made their way through the A-List crowd and walked backstage,” the insider told HollywoodLife.com EXCLUSIVELY. “French Montana was leading the way and Scottyboy was all smiles and swagged out!” Oh Scotty is so naughty!

“They were playing Drake during the commercial break and Scott was bobbing his head and dancing ever so slightly,” continues the source. But it seemed like the member of Scott’s crew he was most focused on was the sexy tall blonde following behind him, holding his hand. She was wearing a white dress and looked to be about 28, according to our source.

Well who ever this mystery woman is, she’s throwing a wrench in any plans the exes may have had for reconciliation when they took their three kids for a fun-filled vacation to Las Vegas back at the beginning of June. Their intimate family getaway had us all wondering if the Kardashian was willing to give her ex another chance. But the sexy blonde nail has been placed in that coffin now.

“Scott and Kourtney aren’t together,” a source previously told HollywoodLife.com EXCLUSIVELY. “Scott still has a stable of girls he’s seeing.” A stable of girls, huh? Well maybe he’s settling down with just one girl now, even if it isn’t Kourtney. But who is she???

HollywoodLifers, give your best guess who Scott’s new blonde lady is below!