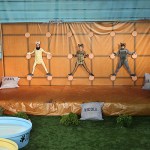 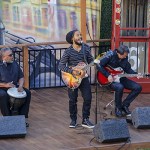 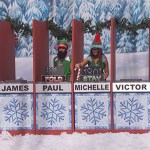 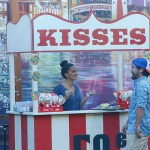 Starting tonight, we’ll see every move the houseguests make — but one of them has a past that’s coming back to haunt them. A Twitter user just found past tweets by Corey Brooks, the baseball coach from Dallas, Texas, that show him making anti-gay slurs.

Apparently one of the qualifications for being in the Big Brother house is having some sort of controversy. It happened to Caleb Reynolds years ago when his racist comments on social media surfaced before the premiere, and now it’s happening to newcomer, Corey Brooks.

In a response to a tweet, he wrote, “You would know about taking it the hard way. F**.” Then in another, he referred to Nicholas Spark‘s The Notebook as “the greatest movie of all time,” but then added he didn’t care if you “think I’m a f**,” because of it. Those tweets have been removed, but one does remand, where he uses “gay” as a negative term, writing “took me a while to figure out who you were but your gay write up about yourself gave it away. Bodybuilding is your life?#yourefat.”

Another tweet that still remains on his page includes him calling out someone who had chills during Justin Bieber‘s concert, as “#gay.”

Of course comparisons are being made to those made by two-time Big Brother competitor, Jeff Schroeder — the show actually had to release a statement apologizing. During one season, he was heard on the live feeds using multiple slurs. Jeff however, conducts the interviews now for CBS — and interviewed Corey for CBS.com.

HollywoodLifers, do you think in the wake of the Orlando tragedy, CBS should release a statement? Let us know.