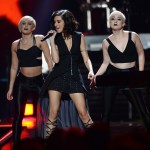 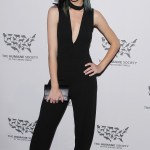 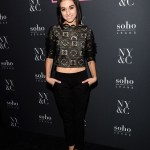 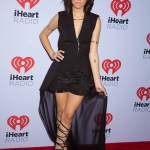 This is absolutely devastating news! Singer Christina Grimmie has been shot following a concert in Orlando, FL and she’s badly injured!

This is horrifying! YouTube sensation and former The Voice contestant Christina Grimmie, 22, has been shot multiple times while doing a meet and greet following a Florida concert, and the singer later passed away. The person responsible then turned the gun on himself and is dead at the scene.

Christina had just wrapped up a performance at the Plaza Live Theater in Orlando, FL and was doing a meet and greet with fans alongside her fellow act, the pop/punk band Before You Exit. They were signing autographs and talking to fans when a man walked up to her and shot her, according to Orlando PD. He then shot himself to death. Christina was hit multiple times and was rushed to Orlando Regional Medical Center. She was later pronounced dead. The suspect responsible was said to be carrying two handguns and a knife.

It’s unclear if it was a crazed fan or someone who knew Christina, but she appeared to be the one who was targeted, as some witness reports say a man walked past them in line to meet her and shot her several times, before her brother allegedly tackled the shooter, who then turned the gun on himself.

The singer competed on season six of The Voice and finished in third place under team Adam Levine. Christina is also a beloved YouTube sensation where she has garnered to many fans. Naturally they were completely horrified by the awful news and soon took to Twitter as “Pray for Christina” rocketed to the top of trends.

Christina got her start when she began posting videos of cover songs in 2009 when she was just 15. After her years YouTube success and later her breakout appearance on The Voice, she went on to release her second EP in Feb. 2016 and was Rachel Platten‘s opening act for her concert tour in Feb/March of the same year.

If you’d like to give back to Christina’s family in her memory, please consider donating to the families GoFundMe page in their time of need.