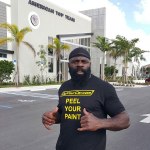 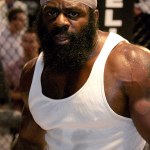 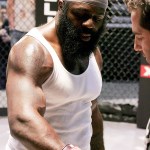 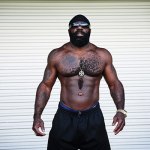 Believe it or not, an autopsy will not be performed on Kimbo Slice’s body after his tragic and unexpected death on June 6. And HollywoodLife.com has EXCLUSIVELY learned why the Broward County Medical Examiner’s Office won’t be performing one. To find out why, keep reading!

MMA fighter Kimbo Slice‘s body will soon be laid to rest, and at this moment, the Broward County Medical Examiner’s Office has no plans to perform an autopsy, they revealed to HollywoodLife.com EXCLUSIVELY. Find out why here!

“We’re not going to review his body or that case because it doesn’t meet our criteria under Florida Stature 406.11. He died in a hospital and presumably his physician knows his cause his death. Unless his family wants an autopsy, our office won’t be performing one,” the Broward County Medical Examiner’s Office told HollywoodLife.com EXCLUSIVELY.

An official cause of death has also not yet been revealed, unless you trust Kimbo’s training partner, Tyler Cook, who said he died from heart failure. Specifically, Tyler said Kimbo’s “heart quit” working.

After a report claimed Kimbo, 42, was hospitalized on June 6 and the situation was “dire,” the CEO of Bellator MMA confirmed the news of his death, according to TMZ, saying, “We are all shocked and saddened by the devastating untimely loss of Kimbo Slice, a beloved member of the Bellator family. One of the most popular MMA fighters ever, Kimbo was a charismatic, larger-than-life personality that transcended the sport. Outside of the cage he was a friendly, gentle giant and a devoted family man. HIs loss leaves us all with extremely heavy hearts, and our thoughts and prayers are with the entire Ferguson family and all of Kimbo’s friends, fans and teammates.”

It’s a heartbreaking situation, but if the family wants to keep his cause of death a secret, then that’s their prerogative. We’re just sad Kimbo’s no longer with us.

What do YOU think, HollywoodLifers? Should Kimbo Slice’s family request an autopsy? Tell us below.