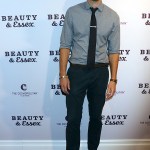 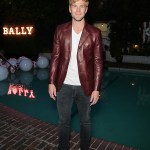 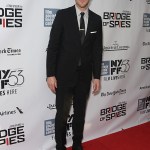 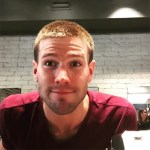 There’s a hot new romance brewing in Hollywood! A new report claims that Emma Stone has finally moved on from Andrew Garfield with none other than super hottie, Austin Stowell.

Emma Stone, 27, and Austin Stowell, 31, are rumored to be hooking upas they film a new movie together, Battle of the Sexes. Emma and her former boyfriend, Andrew Garfield, 32 reportedly split for good in October 2015, leaving the actress free to date around as she pleases.

“Emma and Austin are inseparable,” a source close to the alleged new couple revealed to Star magazine inside their June 13 issue. Okay, we are TOTALLY into this!

“There’s a real connection there. They have the same sense of humor and are constantly teasing each other in between takes about how sexy they look in the funky 1970s-inspired get-ups they have to wear,” the source continued. How cute is that?

For those of you who don’t already know, Emma and Austin are playing husband and wife in the tennis biopic, Battle of the Sexes. The film, which is due out in 2017, tells the story of Billie Jean King (portrayed by Emma) and former tennis pro Bobby Riggs (portrayed by Steve Carell) and how they made history by hosting the first-ever man vs. woman match. Sounds awesome!

Apparently, their flirting and non-stop hanging out has the cast and crew of the film gushing over the hot new couple. “The cast and crew are always saying what a cute couple they make,” an on-set spy shared with the magazine. “Emma and Austin try to brush it off, but you should see the way they blush!” Aw!

Well, if things work out between Austin and Emma we will be really, really happy for them both. They are both very easy on the eyes, especially together, and deserve happiness after splitting from their exes, Nina and Andrew.

Tell us, HollywoodLifers — Do YOU think Emma and Austin make a cute couple? Comment below with your thoughts!