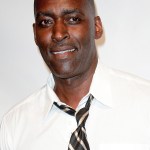 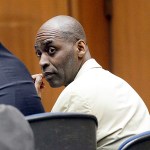 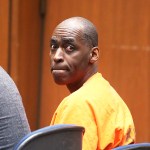 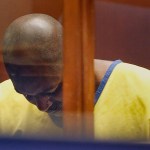 The nightmare is over. Michael Jace was officially found guilty of murdering his wife April Jace two years ago on May 19, 2014. The sentence has not yet been handed out, but it looks like he will be spending many years behind bars. Here’s what you need to know!

The murder trial of April Jace, sadly came to an end on May 31. Michael Jace, 53, her husband of ten years and father of their two children, has been convicted of murdering April back on May of 2o14. Michael came to fame as Julien Lowe on the popular show The Shield, but after his sentencing it looks like that career is very much over. We have all the details!

1. Michael did not testify

While Michael has been as helpful as possible during the trial — he originally called the police on himself — he didn’t choose to testify during the trial. Sadly, his children were not spared the agony. One of his sons even testified to the fact that he heard is father yelling at his mother before one of the multiple times he used to kill her, according to the LA Times.

2. He may speak following his sentencing

While he didn’t express his remorse during the trial, his lawyers have said that he might speak during the sentencing hearing. He has chosen not to do so yet because he wants to respect April’s family as much as possible. Hopefully he’ll have his chance to extend his apologies to the family.

3. The trial only took one week

This was a pretty cut and dry case from the get go. Michael has been very forthcoming with authorities, and it was never a question of “if” but more of what to charge him with. The case only took a week for jurors to go through all of the information and come up with a verdict. The sentencing hearing has yet to occur, but it’s not looking good.

4. He may spend the rest of his life in prison

There is a good chance that Michael could be sentenced up to 40 years in prison. He’s currently 53, so there is a high possibility that he will die in prison. Sadly, that leaves his two young children to grow up without a mother or a father in the household.

While he has always said he did murder April, his lawyers were saying that it was voluntary manslaughter and he killed her in a heat of passion. The jury, however, felt they had enough info to convict him of murder. So he will now be on the hook for life in prison possibly, which is looking very likely.