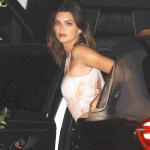 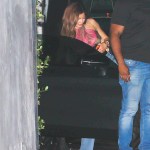 Kendall and Kylie Jenner are two of the hottest sisters in Hollywood, and they know how to take a sexy picture. Here are their hottest photos of all time!

Kendall, 20, and Kylie Jenner, 18, love to strip down for a sexy photo. From Kendall’s hot Calvin Klein photo shoot to Kylie’s super racy Interview magazine pictures, these are the most risque photos of the Jenner sisters yet! Bow down to these girls!

Kendall is one of the most popular young supermodels in the world. She’s been on so many covers of so many magazines across the globe, and she loves to push the limits. Kendall stripped down for racy Calvin Klein photos that we’re obsessed with. She looked fantastic in the pics.

The model has also gone topless for the cover of GQ! Kendall covered her breasts with her arms. In another photo, she posed seductively on a bed with her shorts unbuttoned and her underboob peeking out of her crop top.

In perhaps her most gorgeous modeling shot ever, Kendall went topless again for Interview magazine. She covered her boobs with her hands, and her hair was swept over her face. Simply stunning!

HollywoodLifers, who do you think is hotter — Kendall or Kylie? Which photo is the sexiest? Let us know!