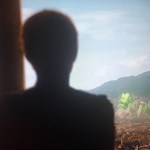 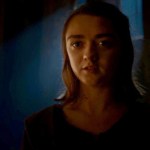 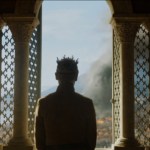 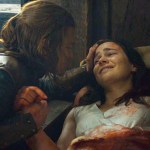 A big character made his triumphant return on the May 29 episode of ‘Game of Thrones.’ Also, Sam and Gilly arrived in Horn Hill, Margaery prepared to take her walk of atonement and more!

After Hodor’s tragic death last week, it was going to take something big to get fans smiling again. On the May 29 episode of Game of Thrones, [SPOILER] returned to save Bran and Meera, Sam took Gilly home to Horn Hill, Tommen double-crossed his family with the High Sparrow’s help, and Daenerys had an epic Braveheart moment.

Meera was still pulling Bran after being forced to leave Hodor behind. Poor Meera. Bran was still warging elsewhere. He had visions of the Mad King, young Ned Stark, the Night’s King and more. Finally, Meera collapsed and cried. She couldn’t go on anymore. Bran came to and said, “They found us.”

She apologized, but before the White Walkers could kill them, someone showed up to save them. He killed the White Walkers with balls of fire. IT WAS BENJEN. Apparently, the Three-Eyed Raven had sent for him. He’d gotten stabbed by a white walker, but the Children of the Forest found him before he turned. At least Bran and Meera have some hope of surviving now.

Sam and Gilly had nearly arrived to Horn Hill. Sam was a little hesitant about going home. He hadn’t told his family that Gilly was a wildling. His father didn’t like wildlings. Sam’s father may have been a tool, but his mom wasn’t. He introduced Gilly to his mom and his sister. His mother was so nice.

Gilly got all dressed up for dinner and looked gorgeous. The family dinner was — in a nutshell — terrible. Randyll looked at Sam in disgust. For those of you who love UnREAL and Harry Potter, Freddie Stroma played Sam’s brother, Dickon.

Sam talked about the Wall and Jon Snow, but his father wasn’t impressed. Randyll called Sam “soft and fat.” He didn’t think Sam was a man at all. Gilly couldn’t stay quiet. She stuck up for Sam and revealed that Sam had killed a White Walker. But in defending Sam, she accidentally admitted she was a wildling. Randyll called her a whore. Finally, Melessa had had enough. She got up and left with Gilly.

Randyll banished Sam from Horn Hill, but he would let Gilly work in the kitchen and raise little Sam. “You’re not what he thinks you are, Sam,” Gilly told Sam before he left. She was right. Sam said his goodbyes, but he walked back right back in to take Gilly and little Sam with him. Before he left, he made sure to grab his father’s sword, Heartsbane!

The High Sparrow allowed Tommen to see Margaery, who was getting ready to take her walk of atonement. She put on a really good show. She praised the High Sparrow and claimed that she had seen the error of her ways. Margaery knew how to get out of a tight situation. She was as cunning as she was beautiful. She said she was ready to atone for her sins. Sure…

Arya was still watching Lady Crane perform day in and day out. To be honest, Arya clearly enjoyed watching “Joffrey” die. Arya took her opportunity and poured the poison into Lady Crane’s rum. But the actress noticed Arya as she walked out. They had a nice chat, and it made Arya have a change of heart.

When Lady Crane was about to take a sip of the rum, Arya threw it out of her hand. Then Arya pointed her finger at the girl who played Sansa! All the while, the Waif was watching. Arya clearly realized she wasn’t meant to be no one. She already was someone. She went and dug up Needle. The Waif told Jaqen that Arya had failed, and she was ready to kill Arya herself. Girl, please.

Before Margaery was about to take her walk of atonement, Jaime and the Tyrell army showed up. Even Olenna was there! Jaime threatened to kill every last Sparrow. It looked like the High Sparrow was going to cave, especially when he nixed Margaery’s walk.

Then Tommen walked out. He had sided with the High Sparrow! Dear god… Jaime was left shocked and very, very pissed. Tommen later stripped Jaime of being Lord Commander of the Kingsguard since he had defied the High Sparrow. He also banished him from King’s Landing. I wanted Tommen to grow balls, but this was not what I meant.

Meanwhile, Walder Frey was furious that his sons hadn’t yet killed the Blackfish. They’d let Brynden take over Riverrun. But Walder Frey also had one thing the Blackfish would probably want — Edmure Tully! Hello again, for the first time since season three!!!

Since he couldn’t stay in King’s Landing, Jaime was sent to head an army to find and kill the Blackfish. Jaime didn’t want to go. He wanted to stay by Cersei’s side since her trial was coming up. Cersei wasn’t worried. It would be a trial by combat, and she had The Mountain. Jaime and Cersei shared a steamy kiss before he left.

Daenerys and Daario were discussing their next plan of attack. They were to go to Meereen and then head to Westeros. But Daario reminded Dany that she wasn’t meant to just sit in a chair. She was meant to conquer. Daenerys rode along on her horse alone and told her men to wait. Daario was just about to go after her when everyone heard Drogon!

Daenerys was planted firmly on his back. Once Drogon had settled on the ground, Daenerys rallied her men in one incredible speech. Daario was literally speechless. It was her Braveheart moment. But it was even better — because it’s Daenerys!

HollywoodLifers, what did you think of tonight’s Game of Thrones? Let us know!