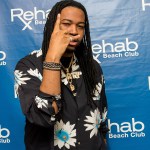 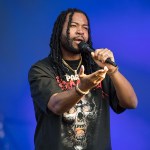 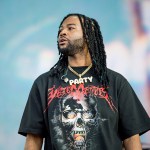 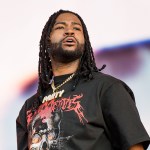 Did Kylie Jenner have a suitor while she was with Tyga? Her rumored new man, PartyNextDoor, was reportedly pursuing her even when she was still happily dating Tyga. Get the details right here!

It may have seemed like Kylie Jenner quickly moved on from Tyga after their split earlier this month, but she apparently had something with PartyNextDoor brewing before she was technically a single woman. The 22-year-old rapper had a major thing for Kylie, 18, and was doing all he could to win her heart despite her relationship status. Could PartyNextDoor have been the true cause of Tyga and Kylie’s split?!

“He began courting Kylie two months ago,” a source told Us Weekly. Hmm…just two months ago, Kylie was seemingly happy as can be with Tyga, spending tons of time with him and sharing PDA-filled Snapchat videos with her fans. The source didn’t elaborate on exactly what PartyNextDoor was doing to get Kylie’s attention, but clearly whatever he was doing worked — because just two months later when Kylie became a single gal, she was almost instantly spotted with PND!

Just days after news of Tyga and Kylie’s split broke, Kylie was rumored to already be hooking up with PartyNextDoor. Then two days after that on May 18, PND and Kylie were spotted leaving a comedy show together, only fueling the dating rumors more!

Although another report said that Kylie is simply just using PartyNextDoor to “make Tyga jealous,” it certainly seems like she enjoys spending time with her new rapper flame. Whatever Kylie’s reason for hanging around with PND, another Us source confirmed that they’re “definitely dating”!

If PartyNextDoor’s courting was what resulted in his current fling with Kylie, it would be rather ironic because Tyga’s infidelity was apparently what ultimately ended their relationship for good. But with PND chasing Kylie while she was still with Tyga, Kylie could’ve been the one to cheat on Tyga! Considering they got together so quickly after Kylie and Tyga split, we’re certainly curious if that’s actually what happened!