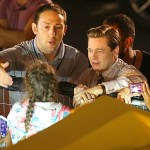 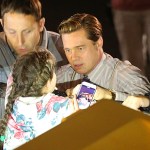 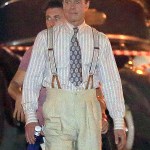 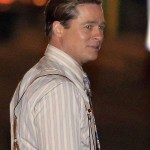 Oh no! Brad Pitt and Angelina Jolie may be in for a very expensive divorce, according to a new report on May 25. But what’s driving them apart? A source explains what might be the final straw, here.

Say it ain’t so! It seems that Angelina Jolie, 40, and Brad Pitt, 52, may be having some tough times in their relationship, even facing reports of divorce. So, what’s causing the massive rift? An insider explains the drama in a new report on May 25. Check it out!

Did Brad Pitt’s Affair With Marion Cotillard Cause Divorce From Angelina Jolie?

Brangelina has made it through many many hardships, from Brad leaving Jen Aniston to Angie’s mastectomy and parenting 6 children, so what is so bad no that they can’t make it work anymore? According to Ok Magazine, Brad’s been getting close with Five Seconds of Silence co-star Marion Cotillard.

“She must feel like a breath of fresh air to him,” an insider tells them, explaining that Angie has been suffering from many health problems and has had several alleged affairs. That doesn’t mean being cheated on wouldn’t break her heart, though. “She would be furious if Brad and Marion were sleeping together.”

The split would be especially devastating because it’s not at all for lack of love for one another. The duo is still head over heels, they just struggle to treat each other right. “It’s sad because they do still really care about each other,” the source continued. “But it’s looking like the only way out of the jealousy and misery is a divorce.” We certainly hope these reports turn out to be false, but if that’s genuinely what Brad and Angie want, we’ll support them!

HollywoodLifers – what do you think about Brad and Angelina getting a divorce? Could it really be true? Share your thoughts with us!