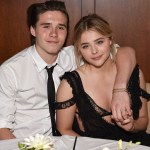 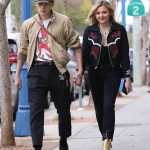 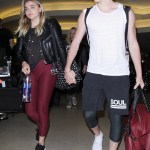 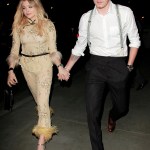 OMG, how cute are these two!? After finally confirming their relationship, Brooklyn Beckham and Chloe Moretz made their very first red carpet appearance together…and it was too perfect. Check out the sweet couple at the ‘Neighbors 2’ premiere here!

Brooklyn Beckham, 17, is the sweetest boyfriend ever! He supported his gal Chloe Moretz, 19, at the premiere of her movie Neighbors 2: Sorority Rising on May 16, marking the young lovers’ first official appearance together as a couple. Of course, they looked absolutely precious all dressed up on the red carpet — we just can’t get enough!

Chloe wore quite the racy ensemble to the premiere, letting her lacy bra show through a plunging black dress. Meanwhile, Brooklyn kept things pretty casual in jeans, but managed to look quite dapper by adding a button down, tie and blazer. And together, they made a picture-perfect couple!

This big red carpet debut comes just one week after the 19-year-old finally confirmed the relationship on Watch What Happens Live. “It’s fine, it’s no biggie,” she told host Andy Cohen. “I think that the more that I don’t make it mysterious, the more people don’t care. So yes, we’re in a relationship.”

Chloe and Brooklyn were actually first linked in 2014, but briefly split in the fall of 2015. He dated French actress Sonia Ben Ammar during that time, but reunited with the If I Stay star in January.

“Chloe really likes that Brooklyn is sophisticated,” an insider told HollywoodLife.com EXCLUSIVELY. “She thinks he’s wise beyond his years and that is interesting to her. Chloe loves how cultured Brooklyn is and that he has an international outlook on the world.”

As we previously reported, the 17-year-old’s famous parents, Victoria and David Beckham, totally approve of him dating Chloe, and she admitted that her four protective brothers feel the same way. Not that it matters, but we definitely approve, too, guys!

Buy and watch Chloe Moretz in If I Stay right here on iTunes!

What do you think of Brooklyn and Chloe as a couple, HollywoodLifers?