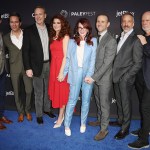 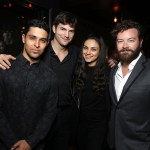 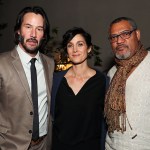 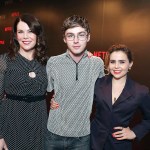 There’s nothing we love more than a good reunion! It’s been 27 years since the premiere of ‘Teen Witch,’ but the movie’s stars, Mandy Ingber and Robyn Lively, have stayed friendly, and they met up for a sweet photo op on May 15. Could a reboot or sequel be in the works?!

On-screen besties Robyn Lively, 44, and Mandy Ingber are friends in real life, too! The ladies starred as Louise and Polly in the classic 1989 film Teen Witch, and reunited 27 years later at an event in Santa Monica on May 15. Of course, the actresses posed for photos together, and Robyn just couldn’t stop gushing over her longtime pal.

The event was actually a celebration of Mandy’s new book Yogalosophy For Inner Strength: 12 Weeks To Heal Your Heart & Embrace Joy, and we just think it’s so sweet that Robyn showed up for support so many years after they worked together!

“It’s #LOUISEandPOLLY!! Reunited! Never to part again!” she captioned a photo of the two. “Bound by love, friendship and #yogalosophy. So proud of my girl @mandyingber! What a beautiful person inside and out! This book is a MUST! Love her!”

Robyn is actually Blake Lively’s older half sister, and although she isn’t as big a name as the 28-year-old, she’s continued acting since her breakout role in the successful Teen Witch movie. Since then, she’s made appearances on shows like 30 Rock, Criminal Minds, Nip Tuck and many more.

Mandy, on the other hand, decided to step away from the spotlight after starring in the cult classic. She became a yoga instructor, and this newly-released book is actually a follow-up to her 2013 title, Yogalosophy: 28 Days To The Ultimate Mind-Body Makeover.

What do you think of the Teen Witch reunion, HollywoodLifers?