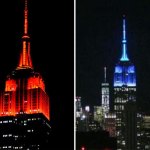 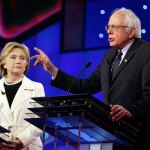 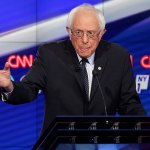 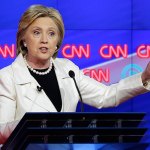 The Speaker of the House has spoken! Paul Ryan met with Donald Trump on May 12, and while he still didn’t endorse Donald for president, Paul said there’s plenty of ‘common ground’ between them and they’ve agreed to ‘work together.’

When Paul Ryan, 46, has something to say, the political world listens. The Speaker of the House has been caught up in some drama over whether or not to support Donald Trump, 69, for president. After finally meeting the ex-Celebrity Apprentice star face-to-face, Paul still didn’t give Donald his seal of approval!

“The United States cannot afford another four years of the Obama White House, which is what Hillary Clinton represents” Paul said in a joint statement with Donald on May 12. “That is why it’s critical that Republicans unite around our shared principles, advance a conservative agenda and do all we can to win this fall.”

“With that focus, [Donald and I] had a great conversation his morning. While we were honest about our differences, we recognize there are also many important areas of common ground.” While Paul didn’t come out and endorse Donald, he did say he and Trump are “totally committed to working together” and they took the first “positive step towards unification.”

Paul has found himself in a difficult position with the rise of Donald Trump in the Republican party. While most GOP voters want Donald to run, Paul has taken offense with the controversial candidate’s statements, even slamming Donald for not disavowing the support he received from the KKK.

Paul has walked on the razor’s edge, trying to stay true to his principles without offending the Republican voters who want a President Trump. Mitt Romney, 69, the ex-presidential candidate, didn’t have to worry about such things when he tore into Trump. “[He] is a phony, a fraud,” Mitt said on March 3. “He’s playing the American public for suckers: He gets a free ride to the White House and all we get is a lousy hat.“

.@SpeakerRyan on Trump: He has gotten more votes than any Republican primary nominee in the history of our country https://t.co/6iJs4qzN92

Johnny Depp, 52, actually agreed with Mitt, as the Alice Through the Looking Glass star thinks that if Donald is elected, it will be the end of the United States as we know it! However, some people, like Stephen Baldwin, 49, think that Donald’s “refreshing” and would be make an excellent commander-in-chief.

No matter what Johnny, Mitt, Stephen or Paul think or say, there’s one thing that’s fairly certain: Donald Trump will be the Republican candidate in the 2016 Presidential election. Now, who’s he going to face – Hillary Clinton, 68, or Bernie Sanders, 74?

What do you think about what Paul Ryan had to say, HollywoodLifers? Who do you think will be the next president?