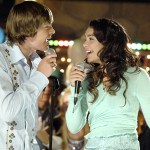 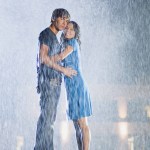 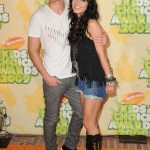 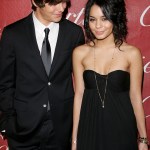 Do we dare hope for a Zanessa reunion? Yep, a new report hints that the flame between Vanessa Hudgens and Zac Efron is being rekindled, thanks to his persistence. Our HSM OTP might just be getting back together!

Zac Efron, 28, is finally getting his head in the game and going after his soulmate, Vanessa Hudgens, 27! After breaking up with model Sami Miro, 28, he’s interested once again in his High School Musical costar and ex-girlfriend, according to a new report. Get all of the details right here!

Zac and Vanessa split in 2010 after five glorious years together, and we never really got over it. OK! magazine reports that Zac has been reaching out to VHuds and getting in the middle of her relationship with Austin Butler. His “sappy phone calls” to V are annoying Austin, who thinks Zac is “using his heartache to try to win her back”, and Austin has told Vanessa to stop answering Zac’s calls! “Zac is getting in the middle [of their relationship],” an insider tells the mag. “And Austin’s sure that’s exactly what Zac wants.” We love that V is so smitten with Austin, but it’s hard not to get excited over the fact that Zac is interested in Vanessa again! Buy and watch High School Musical RIGHT HERE on iTunes!

As we previously told you, Zac and Sami split because his schedule was getting too hectic. “Zac is finally getting to a place in Hollywood where he wants to be,” a source told HollywoodLife.com EXCLUSIVELY. “With big tent-poles like Baywatch and Neighbors 2 coming down the line he can now start picking roles that get him to a different place in Hollywood…all of this totally took a toll on his relationship with Sami. He was moving forward in his career and focusing everything on that and the relationship took the hit.” Totally understandable — but now that he’s wrapped a few films, he might just have the time to pursue Vanessa again!

HollywoodLifers, do you think that Zac should leave Vanessa alone, or try to win her back?