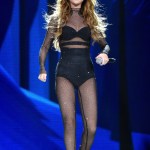 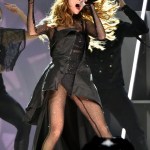 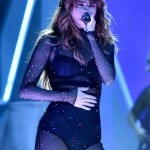 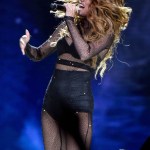 Whoa! A fan held a sign during Selena’s concert on May 7 in Fresno, Calif., that read ‘Marry Justin Please’ and Sel pointed at the fan and made them walk towards the stage and hand it over to her! What happens next is epic.

Selena Gomez is not happy with Justin Bieber right now. The singer kicked off her Revival Tour and during one of her first stops a fan held up a sign begging Selena to marry Justin. But Selena clearly didn’t want to stare at that sign all night so she made the fan bring her the sign and she crumpled it up and threw it off to the side.

This is just shocking! Sel literally called the fan out and made them hand her the sign. We don’t blame her, it must be totally distracting! Some fans managed to recover the sign after the concert and the pic is below. But before you do anything else, you must watch the video of Selena ditching the sign. We’re sure the fan just wanted to feel the Jelena love but she was obviously not into it at all. We told you that when Justin was getting his new face tattoo over the weekend, a fan noticed that he was on his phone and it sounds like he’s either leaving Sel a voicemail or actually talking to her. In the voicemail you can hear him say: “I just wanted to talk to you and send you my love… you’re doing great.”

This is the sign Selena took and crumpled pic.twitter.com/HhJdpdO90W

Selena debuted a new song during her tour, “Feel Me” and it totally sounds like it’s all about Justin: “No one love you like I love you I never cheated, never lied/I never put no one above you/I gave you space and time/And now you’re telling me you miss me/And I’m still on your mind/We were one in a million/Our love is hard to find.”

HollywoodLifers, are you shocked Selena did this?