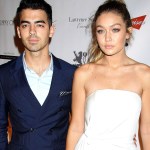 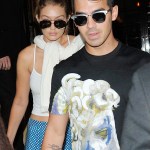 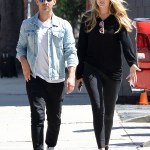 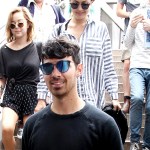 Joe Jonas took a page out of Taylor Swift’s book and wrote a song about one of his exes! And based on his recent interview, we can almost guarantee it’s about Gigi Hadid. In fact, Joe said the song ‘is going to piss her off.’ Find out all the details here!

When DNCE releases their new song, inspired by Joe Jonas‘ breakup with Gigi Hadid, she’s not going to be happy. The supermodel’s ex-boyfriend actually said the track, which has not been identified yet, “is going to piss her off.” Ouch. We’d hate to be Gigi Hadid right about now.

“I have written a song that is going to piss someone off. They’ll know it’s them but, in a way, it’s a compliment that you affected me that much. Even if the content isn’t positive, at least I cared,” Joe told The Sun. He didn’t actually name Gigi in his interview, but it’s pretty obvious the song is about her. To hear more about Gigi and Zayn, head over to iTunes and download the latest HollywoodLife podcast for free!

Joe and Gigi broke up in November 2015, but just three weeks later, she had already moved on with former One Direction singer Zayn, and Joe found that to be “interesting.”

“I think it’s interesting that [Gigi] moved on so quickly, I mean it was definitely very quick,” Joe recently told the Daily Mirror. So, obviously, he’s still bitter about their split, which just further proves the new track is likely about Gigi.

The only question that remains is — when will the new track be released? At this time, that’s not clear. But either way, Gigi should prepare herself.

What do YOU think, HollywoodLifers? Do you like when singers write songs about their famous exes? Tell us below!