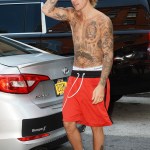 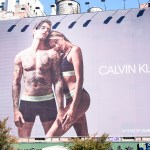 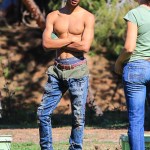 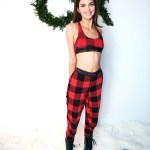 Yikes! Calvin Klein may not be in charge of the company by the same name anymore, but if he were Kendall Jenner would have never starred in those sexy underwear ads! See the brutal comments the designer made about Kendall and her sister Kim Kardashian, right here.

Whoa there! Calvin Klein, 73, is not a fan of Kendall Jenner’s. He explained on April 15 why she never would have lead his underwear campaign if he still worked for his namesake company, and it’s pretty harsh. See what he said about she and Kim Kardashian, 35, right here!

In our opinion, Kendall had the sexiest Calvin Klein underwear campaign ever, but Calvin himself wasn’t impressed. If it were up to him, they would never have existed. “You know, I’m really not that familiar with it. I’m honestly not,” Calvin said during a talk at the Savannah College of Art and Design. “I’m sure she’s a lovely young woman. It’s not the kind of thing I would have done, even today.”

He hates the new age of reality stars and Instagram, and he doesn’t think that Kim or Kendall will have any long term success.  “Now, models are paid for how many followers they have. They’re booked not because they represent the essence of the designer, which is what I tried to do — they’re booked because of how many followers they have online. I don’t think that, long-term, is going to work.”

“I don’t think that’s a great formula for success for the product you’re trying to sell.”he continued. “If you take really exquisite photographs of the right people in the right clothes in the right location, and you put it online, that’s fine. Just putting any old clothes on Kim Kardashian, long-term, isn’t going to do a thing.”

Now, we’re not so sure that Kendall is just valued for her online following. She’s worked with every major designer around the world – she’s got some serious modelling chops! However, Calvin is much more interested in Justin Bieber. “So many people wanted to be on a billboard or in an ad or in a commercial, and for sure Justin Bieber wanted to do it. I thought that was really good. When [I say] I like Justin Bieber in the Calvin Klein Underwear [campaign], it’s because I like him — not because he’s got millions of followers,”

HollywoodLifers – do you agree with Calvin that Kendall doesn’t deserve to have a Calvins campaign, or is he being mean? Share your thoughts with us!