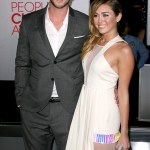 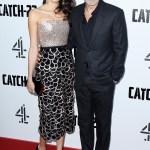 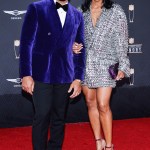 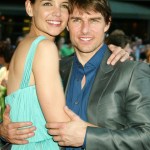 When some celebrity couples get engaged, it really catches everyone off guard. From Blac Chyna and Rob Kardashian’s surprise engagement to Mariah Carey and James Packer getting married, these are the 12 most shocking engagements.

Talk about engagements we didn’t see coming! Some star engagements were the last thing we expected to see, especially so soon! Blac Chyna and Rob Kardashian had a whirlwind romance that ended in him popping the question. Tom Cruise and Katie Holmes’ engagement came out of left field. We’ve made a list of the celebrity engagements that left us all speechless!

Blac and Rob have only been dating for a few months, but they knew they wanted to spend the rest of their lives together. Rob popped the question with one romantic proposal at Blac’s house. He asked Blac to marry him just minutes after buying the ring. The diamond engagement ring is huge and even rivals Kim Kardashian’s!

While we don’t doubt Rob and Blac’s love, but considering how his family feels about the romance, we definitely expected the couple to take some time.

Another engagement that totally surprised everyone was Miley Cyrus and Liam Hemsworth’s SECOND engagement. The couple split up in 2013, but they rekindled their romance in 2015. Suddenly, the engagement was back on! Now let’s hope they make it down the aisle this time!

One engagement we never saw coming was Britney Spears and Kevin Federline. After only 3 months of dating, they announced their engagement in 2004. They married 3 months after that! Britney and KFed split two years later.

Okay, so the TomKat romance was tough for everyone to wrap their heads around when it was happening. Right after her relationship with Chris Klein ended, Tom and Katie began dating. Tom was wild about Katie, and they seemed so in love. Still, when they got engaged in June 2005, our jaws dropped to the floor. Tom and Katie split 5 years after their 2006 wedding.

HollywoodLifers, which celebrity engagement shocked you the most? Let us know!