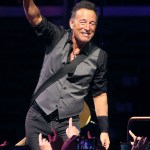 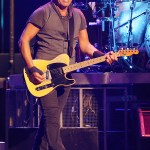 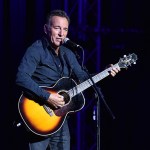 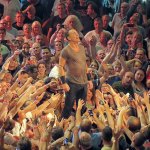 Bruce Springsteen is showing us yet again why he’s The Boss. The iconic singer has cancelled his Apr. 10 concert in Greensboro, NC in protest after the state passed the first anti-transgender law in the country. Will other performers be so bold and follow his lead?

Such a hero! Bruce Springsteen, 66, is taking a big stand in favor of LGBT rights by bowing out of an upcoming show in North Carolina, announcing he’s standing up against “prejudice and bigotry,” after the state passed a law dictates which bathrooms transgender people are permitted to use. Read on for Bruce’s powerful message for why he’s boycotting the state.

Bruce pulled the plug on his sold-out show at the Greensboro Coliseum, disappointing roughly 15,000 fans but putting the state on notice that they can’t get away with making discriminatory laws without consequences. He said in a statement that,”To my mind, it’s an attempt by people who cannot stand the progress our country has made in recognizing the human rights of all of our citizens to overturn that progress. Right now, there are many groups, businesses, and individuals in North Carolina working to oppose and overcome these negative developments,”

“Taking all of this into account, I feel that this is a time for me and the band to show solidarity for those freedom fighters. As a result, and with deepest apologies to our dedicated fans in Greensboro, we have canceled our show scheduled for Sunday, April 10th,” he continued.

“Some things are more important than a rock show and this fight against prejudice and bigotry — which is happening as I write — is one of them. It is the strongest means I have for raising my voice in opposition to those who continue to push us backwards instead of forwards.” Way to go Bruce! We know he’s always been one to stand up for the rights of others and this is such a powerful message he’s sending to the state to repeal their clearly discriminatory law.

Fans took to Twitter to voice their overwhelming support for Bruce, here’s a sampling of what they had to say:

Hats off to Bruce Springsteen for standing up for what is right. <3

I honestly am amazed that Bruce Springsteen is a leader on standing up for trans rights but here we are.

Tonight's first drink will be a toast to the honorable, principled, legendary Bruce Springsteen for being awesome today.

Bruce Springsteen has cancelled a concert he was giving on Sunday in protest to the North Carolina law affecting transgender people. Legend.

HollywoodLifers, are you proud of Bruce for taking a stand against bigotry? Was cancelling the concert the right thing to do or did he simply just disappoint his fans?