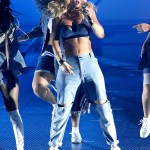 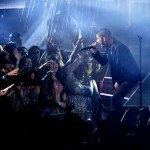 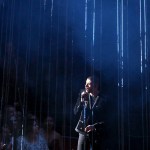 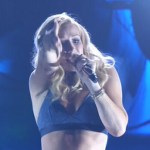 Let the shade begin! Taylor Swift looked annoyed and totally bored during Justin Bieber’s performance at the iHeartRadio Music Awards on April 3 and she didn’t even clap after his performance!

Taylor Swift is sippin’ the tea and throwin’ that shade! The camera panned immediately to Taylor after Justin Bieber‘s performance and she didn’t clap … not once. In fact, she had a rather unimpressed look on her face as she grabbed her drink.

A look is worth a thousand words and Taylor did not pretend to be into Justin’s performance at the iHeartRadio Music Awards. She threw some major shade when he was done and it was all in her eyes! It’s no secret that Taylor and Justin are the best of friends. It stems from all the years that Justin repeatedly broke Selena Gomez‘s heart as she stood by and watched him treat her poorly. We’ve told you that Taylor is less than thrilled that Selena has gone back to Justin over the years and that she’s finally thrown up her arms when it comes to their complicated relationship.

Moments after Taylor took the stage to accept her award for Female Artist of the Year and she was adorable. She hugged Calvin Harris right before she went up on stage in her tight, sparkly jumpsuit. She thanked her fans but said she owes it all to her girl squad! Don’t you just love her? Later in the night, Selena won an award, Biggest Triple Threat and she looked gorgeous in a red jumpsuit! But the most amazing moment had to be when Taylor accepted the award for Best Tour. She even thanked Calvin in her speech! Plus, Justin Timberlake introduced her with the most thoughtful speech ever!

HollywoodLifers, do you think Taylor was throwing shade?