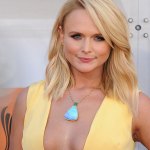 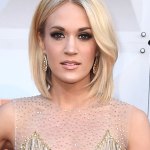 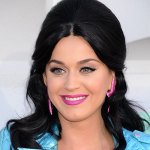 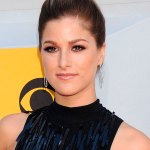 Wow! Miranda Lambert commanded the carpet as she rocked a gorgeous hair and makeup look — not to mention that plunging dress! — at the 2016 ACM Awards in Las Vegas on April 3.

Hot stuff! Miranda Lambert, 32, looked sexy in Sin City as she hit the ACM Awards red carpet on April 3. Her hair was tousled to perfection and her skin was glowing. Get her exact look below!

Miranda continues to slay every red carpet she hits! This time, her hair was styled by celebrity stylist and Miranda’s go-to hair guy Johnny Lavoy. He Instagrammed a photo of his set up before the show. On Miranda, he used Pro Beauty Tools, LOX hair extensions and a bunch of Kerastase styling products.

Some of the Kerastase products in the shot were Creme De La Creme, a blow dry control cream, Mousse Bouffante for volume and body, Fix Fabulous, a finishing spray that provides hold and tames frizz.

Her hair was styled in soft, beachy waves — so cool and effortless. Her makeup was gorgeous, too. Her skin was glowing — highlighted to perfection. Her eyes were smoked and mysterious, such a sexy look to pair with that cleavage-baring yellow dress!

We love seeing Miranda at award shows because she always surprises us. Miranda rocked pink streaks in her hair at the Country Music Awards in November 2015. We loved that edgy look, but it was just temporary.

At the 2015 ACM Awards, Miranda really stunned, with two looks! On the red carpet, she wore her hair sleek and straight, in a center part. Her pink lipstick was cute and girly. Later, when she hit the stage to accept an award, she was rocking a smokey eye, burgundy lips and tons of curls. What a transformation!

Did you love Miranda’s hair and makeup at the 2016 ACM Awards? Tell us in the comments below!